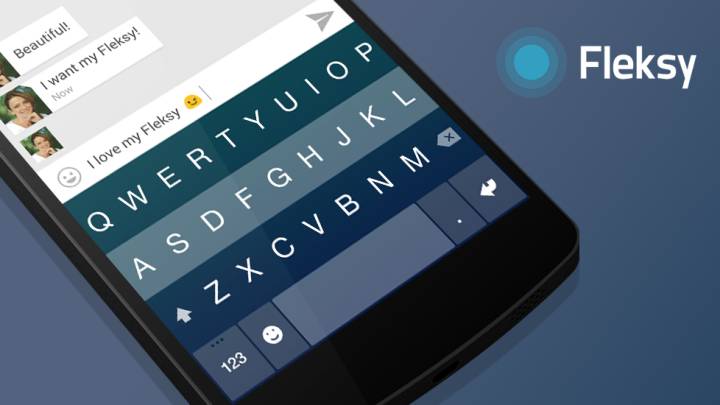 Even though the Galaxy S6 will be a lot lighter on bloatware than you would have anticipated, that doesn’t mean Samsung will stop offering users access to plenty of its own apps, not to mention other apps and services that it’ll include in its Galaxy Gifts digital package. One of the apps you’ll find in the latter portal is a very useful and quite popular Android and iOS keyboard app, and it will be available free of charge to Galaxy S6 buyers.

Fleksy is the keyboard app in question, as the company on Sunday announced that its app, “the fastest and most customizable keyboard on Android,” will be available as a free download to Galaxy S6 buyers.

That’s a $10 value, including the full Fleksy keyboard app, complete with the Modern premium themes.

The company says it has already surpassed 3 million downloads on Android in its first year of availability. Fleksy also launched a similar keyboard app for iOS, which it recently used to set the world record for fastest typing on a smartphone.

Fleksy, the fastest and most customizable keyboard on Android, is launching in Samsung Galaxy Gifts on Samsung’s new flagship device, the Samsung Galaxy S6.

Fleksy has received both critical acclaim and consumer adoration in its first year on Android, rocketing past 3 million downloads and firmly staking a claim as one of the best keyboard apps available. The app’s impressive growth has been driven by world-class autocorrection technology and beautiful design, and in December received a further bump with the launch of branded themes and powerful feature customization options known as Extensions.

“Samsung Galaxy Gifts has already proven a powerful partnership for us,” said Kosta Eleftheriou, CEO and Co-founder of Fleksy. “We’re thrilled to be bringing the world’s leading keyboard to the millions of new Samsung Galaxy S6 users, along with other key devices in Samsung’s portfolio.”

Fleksy’s offering on Samsung Galaxy Gifts will include unlimited use of the full Fleksy Keyboard app, along with the Modern premium themes, for free – a $10 value.

“We’re sure Samsung users will be delighted,” said Ioannis Verdelis, COO and Co-founder of Fleksy. “Fleksy is the fastest and most customizable keyboard on Android, and we’re pleased to be a part of Samsung’s latest flagship launch by offering their users this tremendous value.”

Fleksy will be demoing their Mobile and Wearables products, including the forthcoming Samsung Gear S keyboard, at Mobile World Congress 2015, March 1-5, in the Tizen Association booth.

Fleksy’s keyboard for Android is available for download at:
Android: http://fleksy.com/getdroid

About Fleksy
Fleksy is a next generation keyboard that makes typing on any smart device fast and incredibly customizable. Fleksy has seen over 3 million downloads and ranked highly as the #1 paid app in 25 countries.
Officially the fastest smartphone keyboard in the world (Guinness World Record, May 2014 & November 2014), Fleksy is already used by millions of people in over 170 countries. It features the world’s most powerful typing technology, an award winning design, and is the only keyboard with fun and useful Extensions.