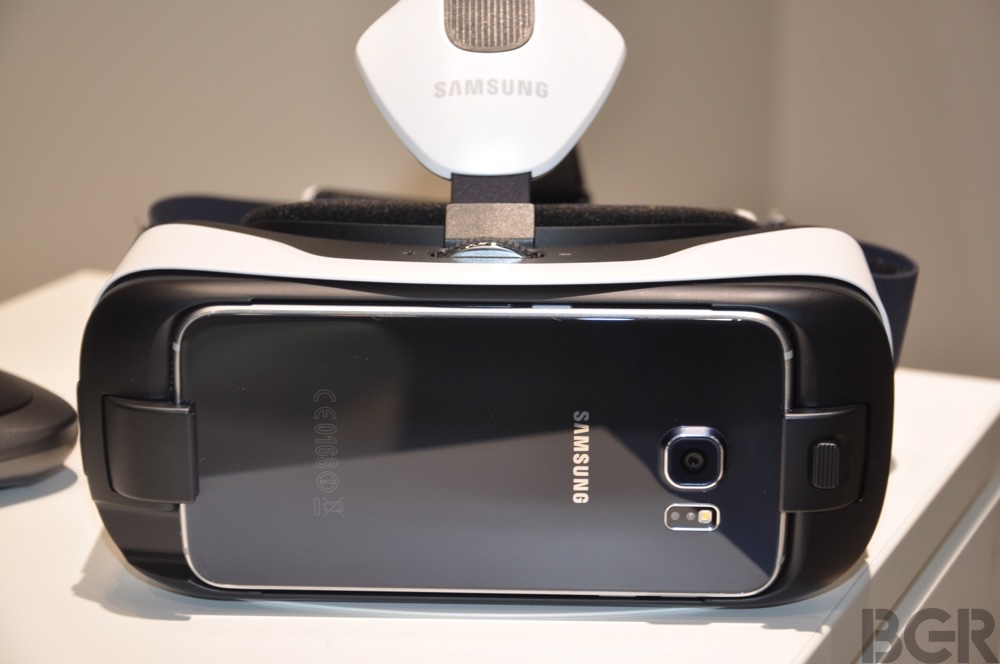 Samsung on Sunday announced that the Galaxy S6 and Galaxy S6 edge are going to get their own version of the Gear VR, the company’s own virtual reality headset that lets users enjoy immersive VR content with help of compatible devices — you actually have to insert the smartphone inside the headset to make it all work.

Naturally, I had to take the new model for a hands-on, and eyes-in spin at Samsung’s booth at MWC 2015.

FROM EARLIER: Samsung Galaxy S6 hands-on: Meet the smartphone to beat in 2015

First, the bad news: the headset is rather gigantic, and while it’s not uncomfortable to wear, it would be a pain to carry it around. The moving images you experience once you put it on, which rely on the Galaxy S6’s amazing 2K 577 ppi screen, still feel a bit pixelated, though things are definitely moving in the right direction.

But the worst thing about it, and the same applies to several other VR sets, is that you’ll have a tougher time navigating it, because once you put it on, you’re totally oblivious to what happens around you. And make sure you have the controller nearby in case you’re playing games, because after you put the goggles on, you’re not to find it unless you back out to a menu and activate the option that uses the phone’s camera to show you what’s in front of you.

The fact that you can’t see anything around you once you’ve turned it on is also maybe the best thing about it, as you’re fully immersed in the video or game running on the Galaxy S6, allowing you to experience it in a completely different manner than you would on a smaller display.

Of the content that comes preloaded, I tested Cirque Du Soleil’s Magic Show and Oculus 360 videos including 360 Tours Iceland and Pacific Rim, and played two games, including Into the Dead (a zombie shooter) and Anshar Wars (a spacecraft shooting game).

I’m not much of a VR fan, but I totally get why companies are investing heavily in this particular type of technology.

Once you’re in, it takes some adjusting to do but you’ll definitely love the experience. Your brain is telling you that you’re hanging beneath a helicopter and you’ll want to hang on to something so you don’t fall, but at the same time you’re well aware that you’re sitting in a spinning chair and can hear others talking around you and going about their business. Not to mention that you’ll probably look completely silly with the Gear VR on to anyone looking at you.

The Gear VR might not be a must-have accessory on your Galaxy S6 purchase list, but it’s definitely something that may have a brighter future once Samsung, and competing companies, further develop it, so you’d better keep an eye on it, and definitely test it out if you get a chance. If you do, make sure your remember to move your head around, not only to experience the show from every angle, but also to control menus and in-game movement, and make sure the attacking Kaiju won’t eat you alive.