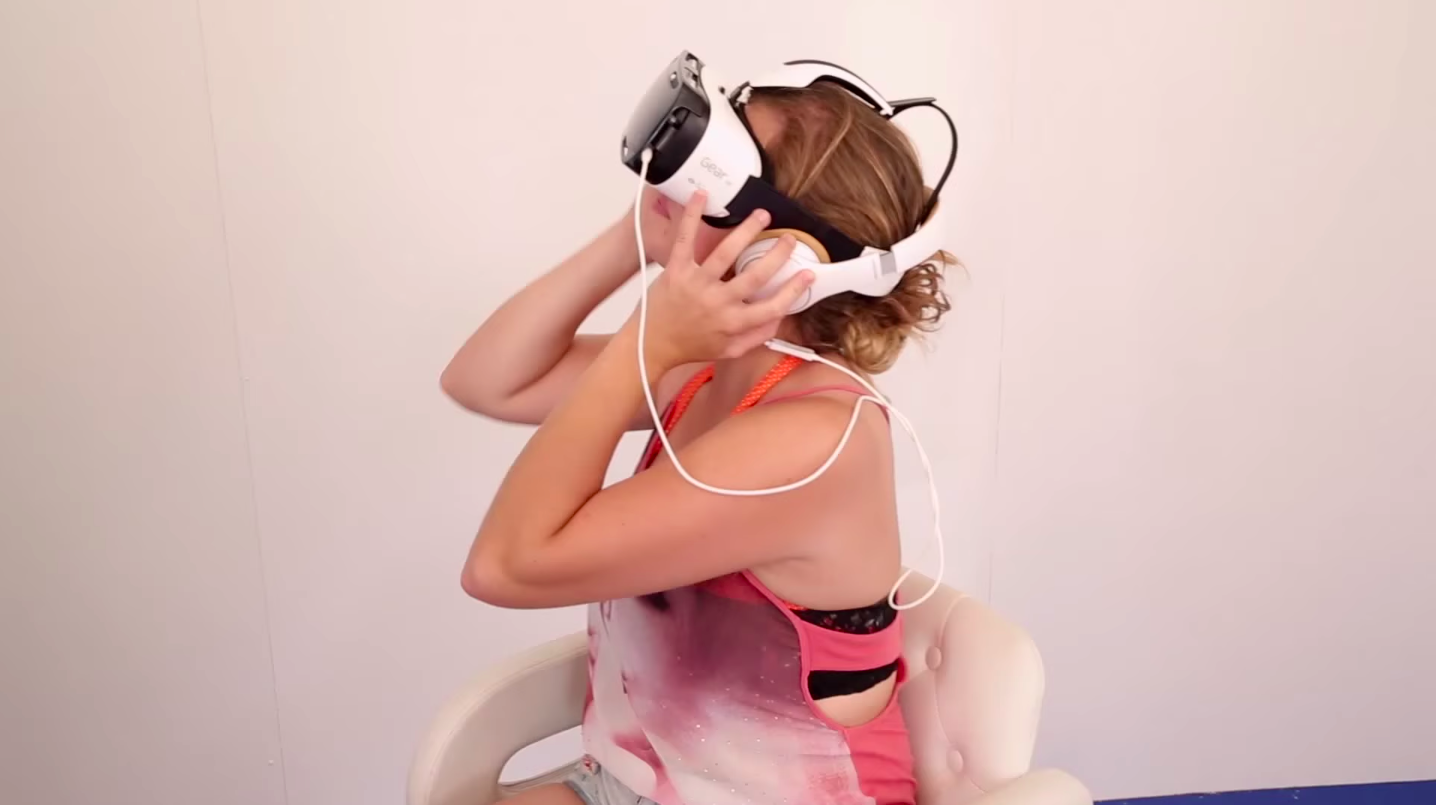 The experiences that we can have in virtual reality are nearly limitless. That’s what Samsung is trying to prove to consumers as it promotes the Gear VR headset, co-developed with Oculus VR.

In a recent video published on Samsung Australia’s YouTube account, the company opened a dive store in a town called Alice Springs, which happens to be over 700 miles away from the nearest ocean: “the last place you’d open a dive store.” They stocked it with snorkels, wet suits, fins and inflatable toys. As you might expect, the denizens of Alice Springs were befuddled.

As people started to wander in off the streets, they all asked the same question: “Where’s the water?”

After heading to a room in the back of the shop, they each strapped on the Gear VR. Suddenly, they were underwater.

These are the kinds of experience that VR headset makers want consumers to know about, but for now, the Gear VR is only compatible with the Galaxy Note 4. There have been signs that either the next model of the Gear VR will support a wider range of Samsung devices or Samsung will release an adapter, but until then, the number of desert shark divers will remain woefully limited.