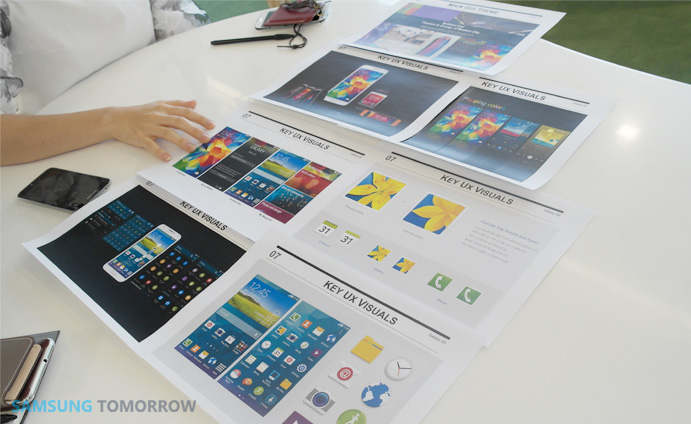 Samsung has published an article on its blog to explain its design choices for the Galaxy S5’s user interface and the continued use of plastic for the back cover. The company also managed to troll itself in the processes, indirectly criticizing its choices for previous flagship smartphones.

“The Galaxy S5 has 40 applications only, which is much reduced compared to, for example, the Galaxy Note 3 having 51 apps,” Samsung wrote. “40 applications in the 2 pages. That’s it. If wanted, other relatively less frequently used apps can be easily downloaded through Galaxy Essential and Galaxy Gift widget.”

The company further explained that it decided to reduce the number of pre-installed apps by itself, suggesting that the reports that say Google forced it to cut down bloatware apps may be unfounded. “To find the most important features from the consumers’ perspectives, Samsung used its collected data of VOCs (Voice of Customers) on the existing and previous devices. From the VOCs, it was found that most of the Galaxy users said some apps were not used as frequently as they anticipated. Therefore, Samsung decided to reduce the pre-installed app to 40,” the company added.

Other reports have revealed that Samsung’s apps are rather unpopular with Galaxy buyers, who spend more time on their devices using apps from Google, Facebook and others.

However, while Samsung seems to be taking a stance against bloatware, there’s no indication that the company will take any measures to remove such apps from existing flagships, including the criticized Galaxy Note 3, in future updates.

For some reason, Samsung also decided it had to explain some of the design choices behind the icons of Galaxy S5, without revealing whether any 132-pages internal studies have been written to explain why a change of icon design direction was needed.

“To make the Galaxy S5 more ‘Modern Flash’, the designers also designed the basic icons and UX icons in the settings to have a stylish look by creating them in a simpler fashion. For instance, the 12 short lines in the clock icon have disappeared, leaving just the hour hand, minute hand, and second-hand. In case of the Gallery icon, the seeds in the yellow flower have been removed. Also, the play sign (triangle shape) has gone and a music note has been placed inside the blue circle for the music icon. In addition, the icons in the setting have become much clearer and rounder; in fact, all the icons listed in the setting now have round shapes,” the company wrote.