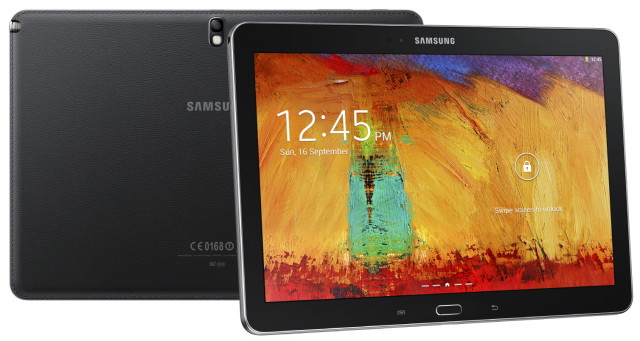 Samsung’s new Galaxy Note 3 and Galaxy Gear smartwatch shared the spotlight during the company’s Unpacked press conference earlier this week, but a third new device was also unveiled. Dubbed “Samsung Galaxy Note 10.1 (2014 Edition)” — seriously, that’s the name — Samsung’s new Note tablet features an updated look and pretty impressive specs that include an eight-core processor, 3GB of RAM and a 10.1-inch display with better-than-full HD 2,560 x 1,600-pixel resolution. According to a new report, however, the new tablet will probably flop.

After discussing the matter with its unnamed industry sources, Digitimes on Friday reported that initial sales of Samsung’s new slate are “likely to be small.” Its sources say shipments will probably only total between 400,000 and 600,000 units per month in the early months because consumer demand shifted to smaller slates long ago.

The report follows earlier claims that sales of Samsung’s larger tablets have been slowing down for some time now.