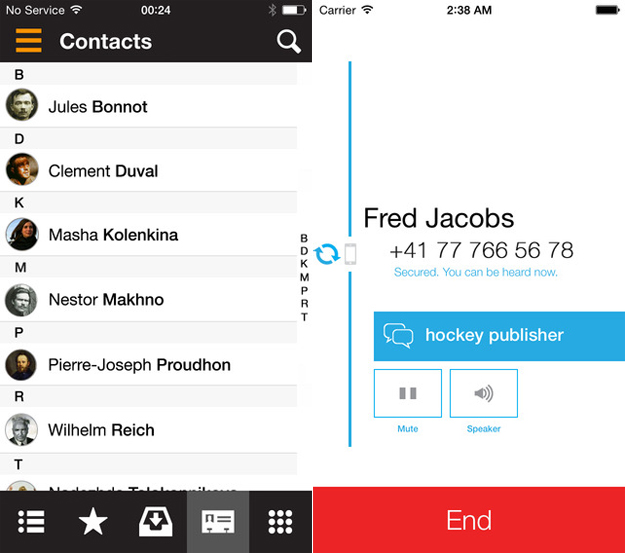 Are you worried that hackers — or even worse, the NSA — are listening in on your phone calls? Well it’s time to lay those fears to rest; Open Whispersystems has released a new app that brings encrypted voice calling to the iPhone. And best of all, perhaps, the firm’s new app is free to download and it supports worldwide calling, also for free.

“Over the past year, we’ve been working to bring the privacy software we’ve developed for Android to the iPhone, and today we’re releasing Signal – free, worldwide, encrypted voice calls for iPhone, and fully compatible with RedPhone for Android,” Open Whispersystems said in a blog post.

The app uses the ZRTP encryption protocol to protect voice communications between iPhones, and also between an iPhone and an Android smartphone running RedPhone.

“Signal will be a unified private voice and text communication platform for iPhone, Android, and the browser,” the company said. “Later this summer, Signal for iPhone will be expanded to support text communication compatible with TextSecure for Android. Shortly after, both TextSecure and RedPhone for Android will be combined into a unified Signal app on Android as well. Simultaneously, browser extension development is already under way.”