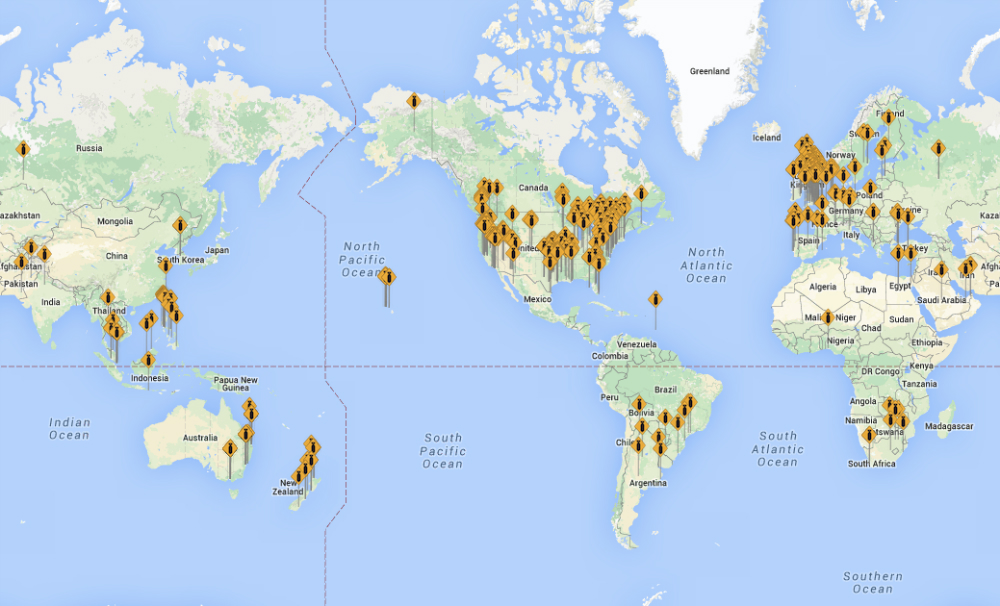 You you ever felt a burning desire to track f-bombs posted to Twitter on a map? No? Neither have I, but if we wanted to, we could do it because there’s a site for that.

Fbomb.co is the webpage in question, and it has a simple layout. Most of the screen is taken up by a map, and on the right side of it you get a list of the latest f-bombs on Twitter, which then are plotted on the map as they appear. Hovering over an f-bombs marking on the map will show that tweet on the screen.

Obviously, there’s no real use for the website, unless you want some inspiration on how to use the F-word in a sentence that’s up to 140 characters long. However, that doesn’t make it any less cool.

Martin Gingras, the developer who made the site, said he created the interactive site “to expand my development skills and to tinker with some public APIs.” Fbomb.co has been up since October 2013, apparently.

“My inspiration for this application actually came from a discussion I had with two colleagues of mine while doing co-op at BlackBerry, Ryan Seys and Elliott Ro,” he wrote about the website’s creation.

“We were talking about how people misuse and abuse the english language. As the conversation devolved swearing was brought up. In particular we talked about how swearing can completely undermine ones argument. Earlier that day we had been talking about the personal projects we were working and, somehow at this point we circled back to that topic. From there our conversation wound it’s way to how it’d be neat to map where people swear. Within a few minutes and iterations of ideas the concept for the app was born.”

More technical details about Fbomb.co are available at the source link.