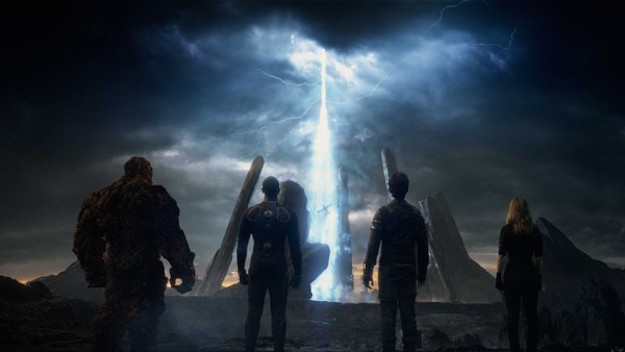 As if the overwhelmingly negative reviews for Fantastic Four weren’t enough to convince you to see another movie this weekend, the director himself has piled on as well with a proclamation of his own. Last night, Josh Trank took to Twitter to express his frustration with the final product hitting theaters this weekend, but within moments, the tweet was gone.

Thankfully, Variety managed to snag a screenshot of the post before Trank had the good sense to delete it. Here’s what it said:

Trank appears to be alluding to the fact that 20th Century Fox wouldn’t leave well enough alone during the production of the movie, resulting in the train wreck that has garnered a dismal 10% approval rating on Rotten Tomatoes.

There were hints that the movie wasn’t turning out as planned all throughout production, perhaps most notably when Trank was removed from the second Star Wars spinoff film in May. Insiders told The Hollywood Reporter at the time that Trank was “erratic” on the set of Fantastic Four, which forced Disney to reconsider its decision to hire the director.

Trank denied all of these reports, but whatever the case, it’s clear that the pieces didn’t come together for Fox’s reboot of Marvel’s first family. Maybe in a few months, when the film leaves theaters, we’ll have the opportunity to see a director’s cut that more closely mirrors Trank’s original vision for the Fantastic Four.