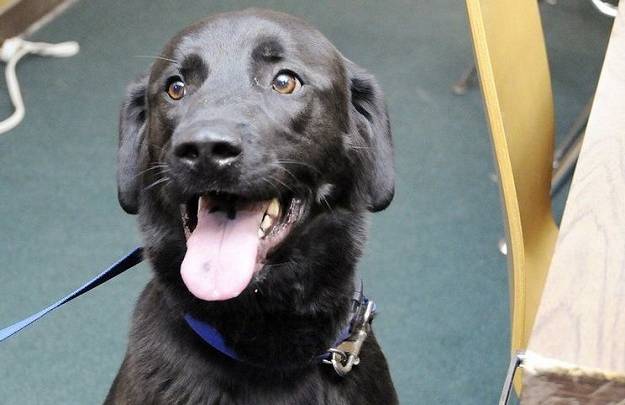 Across the world, police dogs are used at airports and by every type of law enforcement agency imaginable to help sniff out explosives and other types of contraband. With a sense of smell that’s more than 40 times greater than what humans possess, these specialized dogs can help detect suspicious materials that might otherwise go completely unnoticed by authorities.

But that’s just the tip of the iceberg when it comes to a dog’s extraordinary sense of smell.

Less commonly known is that there are currently three dogs in the U.S. who have been specially trained to sniff out electronic devices such as thumb drives, SD cards, and even external hard drives. This unique skill is especially useful when authorities are hunting for data stored on devices that may have been purposefully hidden to avoid detection.

Most recently, law enforcement authorities in Indianapolis used one of these dogs to scour the house of former Subway spokesman Jared Fogle. Just last week, Fogle’s house was raided as part of a larger child pornography investigation. While Fogle hasn’t yet been arrested or charged with anything, authorities are extremely interested in making sure that they don’t overlook devices that may have been stowed away.

Meet “Bear”, a black lab who you might call the Liam Neeson of the dog world because he has a “very particular set of skills” that makes him a nightmare for criminals. As an electronic detection K9, Bear’s specially trained nose can detect any type of hardware you can think of.

In an interview with Fox59, Bear’s handler Todd Jordan explained that the talented pooch “is unique because he can sniff out SD cards, thumb drives, external hard drives, iPads and micro SD cards.”

“[When] you think about investigators going into a house and trying to find a micro SD card that is as big of a finger nail,” Jordan added, “it will take investigators hours, especially if someone is trying to hide it.”

Bear, however, can search an entire living room for hidden devices in just five minutes.

During a controlled demonstration , Bear was able to find a hard drive stashed between couch cushions, an iPad in a backpack, a micro SD card tucked away in a wine rack, a flash drive in a magazine holder and other items.

As far as dog talents go, this one is particularly cool.