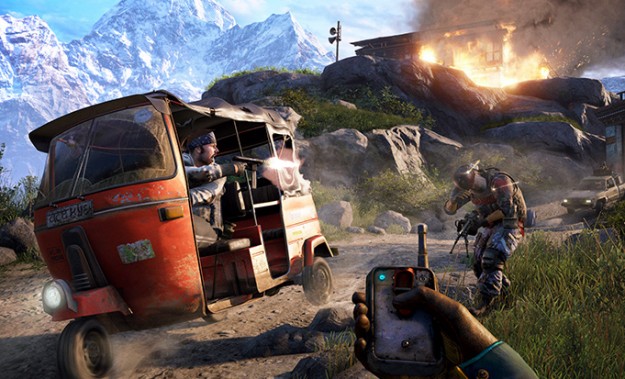 Ubisoft is on a roll. Between Assassin’s Creed, Far Cry and now Watch Dogs, Ubisoft has a stable of some of the most popular franchises on the market, and the company didn’t disappoint with another huge showing at E3 this year. There weren’t many surprises, but unlike some of the other conferences, many of the games Ubisoft presented will actually be on store shelves at some point this year. This isn’t an outline of the new generation — these are games we’ll all be playing in just a few months.

With just 9 games featured at the live event, it wasn’t hard to pick the five trailers that stood out: Far Cry 4, Assassin’s Creed Unity, The Division, The Crew and Rainbox Six Siege. Of course, both Just Dance 2015 and Just Dance Now (the game’s mobile companion app) should be well-received additions to a very popular franchise. Shape Up also looks like a fresh take on the fitness game genre, and Valiant Hearts: The Great War might have been the most sincere game of the day.

Check out our top five trailers from Ubisoft’s press event below.

Be sure to check out the first official gameplay footage of Far Cry 4 from Sony’s press conference while you’re at it.