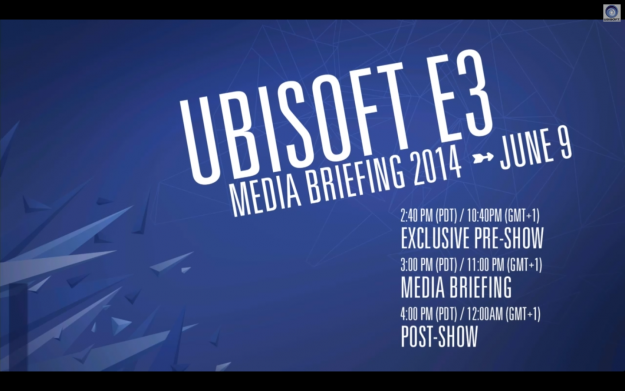 Ubisoft is coming off of its most successful game launch of all time with Watch Dogs, but that doesn’t mean there won’t be plenty to see at the media briefing on Monday in Los Angeles.

Speaking of popular franchises, both Assassin’s Creed Unity and Far Cry 4 are sure to play a huge part in the show. Tom Clancy’s The Division already poked its head out at Microsoft’s press conference Monday morning, but we might get an extended look this afternoon. There are also rumors that a second Assassin’s Creed game, exclusively for the PS3 and Xbox 360, might be revealed for the first time.