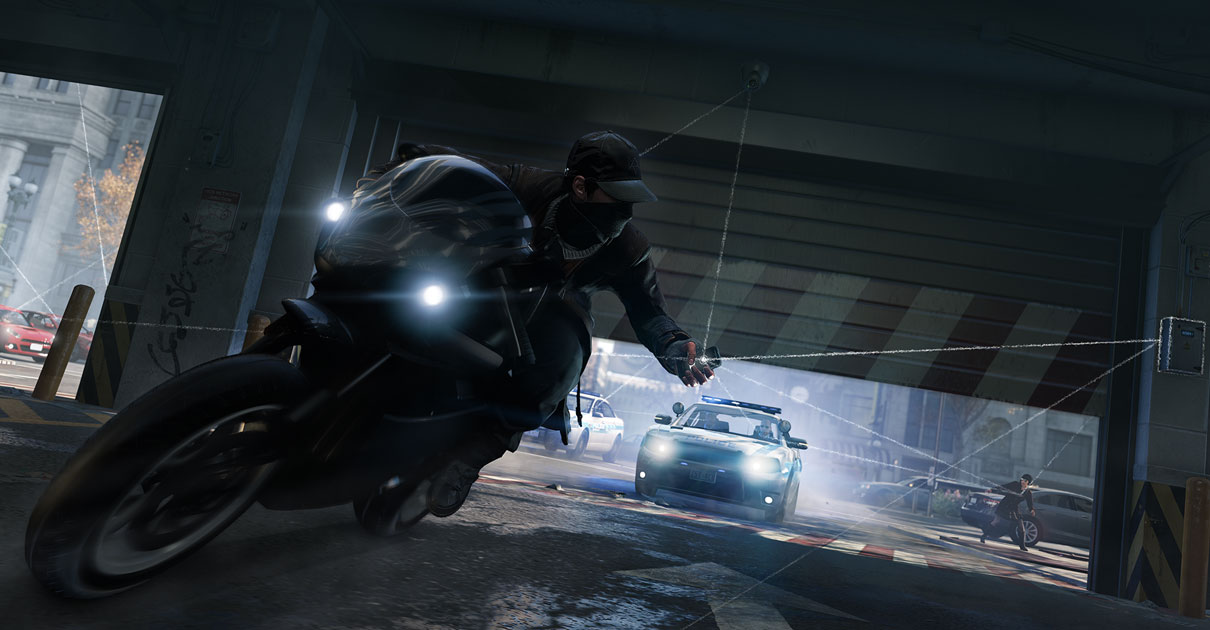 What happens when a game takes on a life of its own? When developers make promises that they aren’t going to be able to keep, gamers usually call them out right away. No matter how good your game turns out to be, the chances of it being revolutionary are slim to none, but through some of the most masterful marketing we’re likely to see this generation, Watch Dogs kept everyone captivated until its release, quickly breaking every Ubisoft sales record in its path.

Despite a few graphical compromises and a more subdued critical reaction than many would have expected, Watch Dogs managed to capture the imagination of every PlayStation 4 and Xbox One owner on the planet. Ubisoft framed its futuristic vision of Chicago as the first step into the new generation, and people bought it, both figuratively and literally. But now that everyone has had time to digest the reality of Watch Dogs in comparison to the utopic vision of E3 2012, does the game live up to the impossibly high bar Ubisoft set for it?

Watch Dogs (and this shouldn’t come as much of a surprise) is just another video game. It introduces a few novel mechanics, but this a road we’ve all been down before. If you’ve played an open world, third-person shooter, you’ve played a variation of Watch Dogs. That’s not true of every open world game — Crackdown and Just Cause 2 both felt new despite their familiarity. Watch Dogs just can’t break out from under the shadow of Grand Theft Auto, and it’s a shame, because the premise alone is nearly worth the price of admission.

As many critics have said over the past week, you’re going to spend a majority of your time in Watch Dogs behind the wheel of a car. When you’re not driving, you’re almost always engaged in a shootout. Driving and shooting are the primary methods of play here, and although there’s plenty of hacking to be done in the meantime, it often takes a backseat to more traditional shooter gameplay.

There are flashes of brilliance — neutralizing pursuing police cars with a well-timed traffic light hack, successfully infiltrating a ctOS control center without bring spotted, taking out a guard right before he calls in backup — but the thrill of a fresh idea is almost always followed by the crushing disappointment of an old one.

Failing a mission for traveling off the beaten path is as frustrating in Watch Dogs as it was in Assassin’s Creed. Mindlessly driving from one point of interest to the next is a drag as well. It wouldn’t be if Ubisoft’s Chicago was as intricate and varied as Just Cause 2’s Panau or GTA V’s San Andreas, but this very attractive city is a pretty backdrop and not much more.

There’s plenty of fun to be had with Watch Dogs, from the huge assortment of weapons and traps to the fusion of hacking and combat, but it’s hard to walk away from the game feeling like we’ve entered the next generation of gaming. In fact, the last generation might be holding us back.