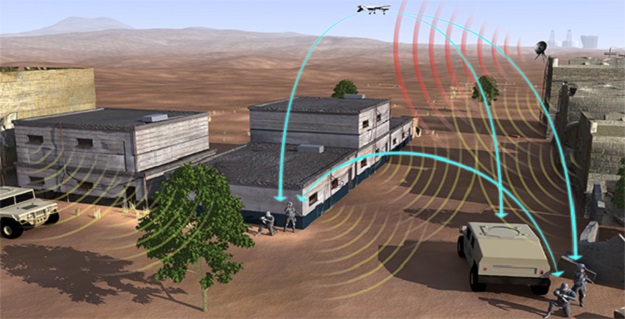 The ability to jam an enemy’s communications systems during battle has become an increasingly important and strategic part of modern-day warfare. With today’s battlefield packed with high-tech weapons, radars, and advanced communications devices, being able to operate in the field and withstand enemy efforts to hinder communications is extremely important.

DON’T MISS: Want to save money by buying your own modem? Comcast will attack you with unstoppable pop-ups

The underlying principle of DARPA’s nascent chip is simple: it’s blazing fast and can convert electromagnetic signals from analog to digital much faster (60 billion operations per second) than jamming equipment can keep up with.

Today’s ADCs [analog to digital converter], however, only process data within a limited portion of the spectrum at a given time. As a result, they can temporarily overlook critical information about radar, jamming, communications, and other potentially problematic EM signals. DARPA’s Arrays at Commercial Timescales (ACT) program addressed this challenge by supporting the development of an ADC with a processing speed nearly ten times that of commercially available, state-of-the-art alternatives. By leveraging this increased speed, the resulting ADC can analyze data from across a much wider spectrum range, allowing DoD systems to better operate in congested spectrum bands and to more rapidly react to spectrum-based threats.

In other words, DARPA’s chip can operate swimmingly even in “congested” environments bombarded with “junk signals” intended to “overwhelm systems.”

The one downside to DARPA’s new technology is that it requires a huge amount of power and “demands state-of-the-art transistors.” What’s more, the amount of data the chip can help generate is incredibly large, checking in at almost a terabyte every second.

Looking ahead, DARPA notes that it will attempt to engineer around these hurdles by having its chip supplier, Global Foundries, move from a 32nm manufacturing process to 14 nm process. In turn, the power requirements of the chip can be reduced by as much as 50%.