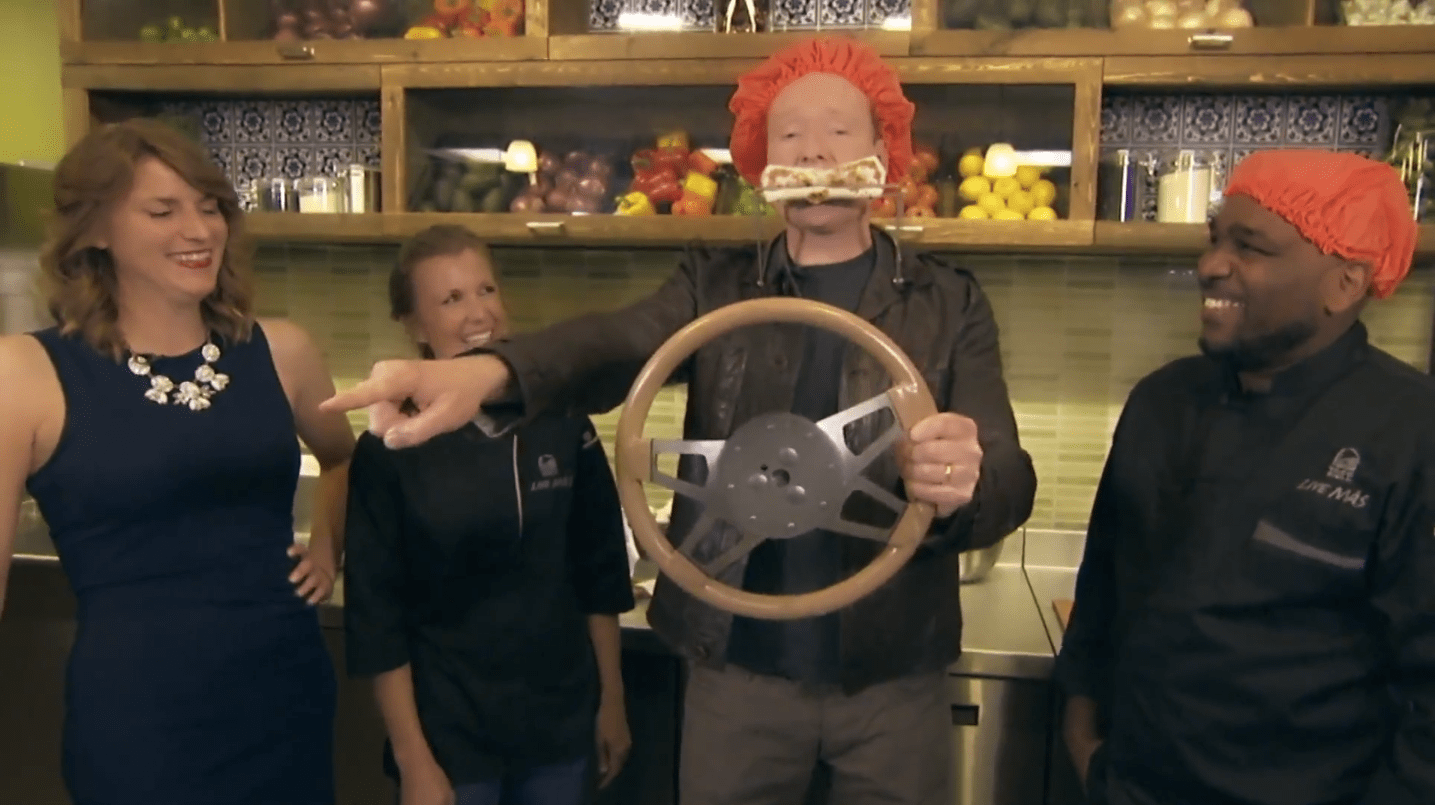 In this writer’s humble opinion, Taco Bell is the most delicious fast food in the country. It appears that Chris Hayes, the head of Conan O’Brien’s IT department, and I are kindred spirits, as Conan says that Hayes can regularly be found eating Taco Bell at his desk at work. Conan decided to do something nice for him, so the two of them visited Taco Bell’s corporate HQ in California earlier this week.

As it turns out, Taco Bell has “quite a few super-fans,” which has given the company an opportunity to craft a special experience for anyone lucky enough to visit its main offices.

Conan and Chris start their journey in the Taco Bell museum, where the company has put together a timeline that stretches from its founding in 1962 through today. They then move on to the “Sensory Panel,” where employees test the food and Conan attempts to make them as uncomfortable as humanly possible.

But the real reason you’re about to watch this video is to see Conan’s illogical, but maybe not terrible ideas for tacos that the fast food chain should add to its menu. I won’t spoil the surprise, but you might want to wait a few minutes before or after lunch to see Conan’s creations.