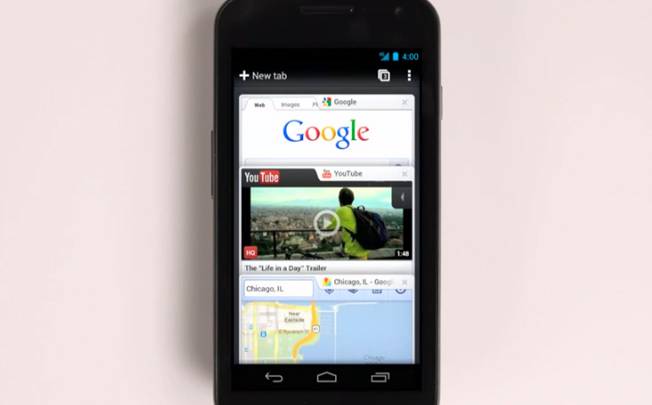 Since being introduced in 2008, Google’s (GOOG) Chrome Web browser has continued to gain market share and even surpassed Internet Explorer in global usage earlier this year. Now, the Mountain View-based company is making an impact in the mobile browser market. Chrome for Android was released in February of this year and according to the latest numbers from Net Applications, the mobile browser now controls a 4.03% of the market. The number is even more impressive when you take into account the fact that Chrome is only available for devices running Android 4.0 or higher, a software version found on less than 30% of all Android smartphones and tablets.

Unfortunately Google hasn’t seen the same success with Chrome for iOS. While the browser quickly moved into the No.1 free app spot in Apple’s App Store shortly after it was released, Chrome for iOS only accounted for 0.01% of browser usage on the iPhone and iPad for the month of November.

Apple’s (AAPL) Safari browser continues to dominate the mobile market with a 61.5% share, while the default Android browser follows with a 26.1% share, a year-over-year increase from 16.4%. Google’s growth and the growth of Android have impacted the Opera Mini browser, which has fallen from a 20% usage share in November of 2011 to a 7% share in 2012.

Browsing from smartphones and tablets now accounts for 10.4% of the entire browsing market, however users still prefer traditional desktop and laptop computers, which account for 89.3% of all browsing.