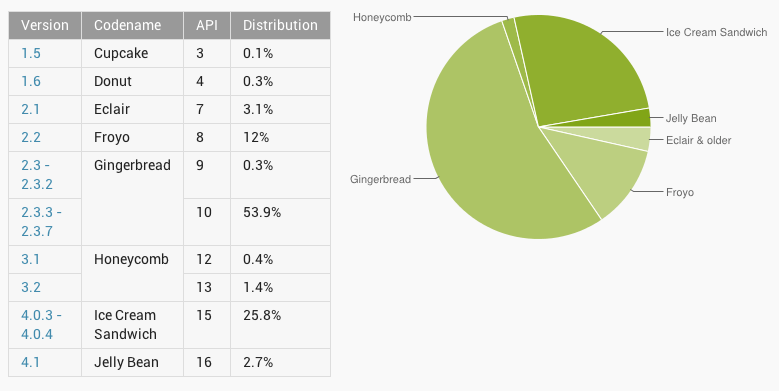 Google (GOOG) released Android 2.3 Gingerbread in December 2010 and since then it has launched three major updates for the Android platform. And yet, the two-year old operating system continues to dominate Android devices as Google’s latest distribution numbers show that the software is still found on more than 54% of all Android devices. The numbers also show that Android 4.0 Ice Cream Sandwich increased more than two percentage points from the previous month to total a 25.8% share, and that Jelly Bean’s share grew more than a percentage point to roughly 3% of all devices. Fragmentation is still a major issue for Android and Google’s latest numbers show that no matter how hard it has pushed for carriers and manufacturers to update their devices, most smartphones and tablets continue to run an old and less secure version of Android.