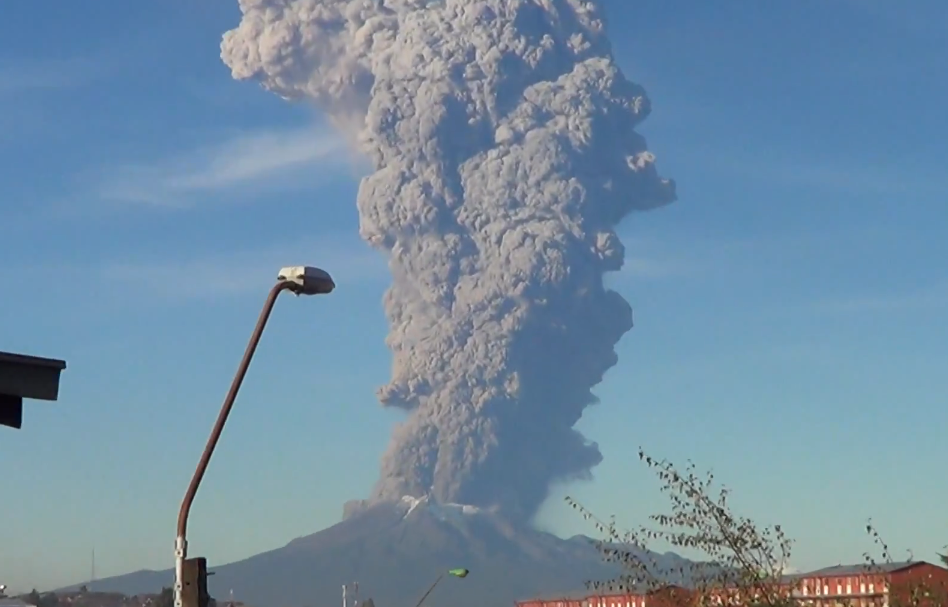 Chile’s Calbuco Volcano erupted on Wednesday and several stunning photos and videos of it have been popping up all over the web. Below we’ve posted some of the most incredible videos and pictures we’ve found that show how the massive volcanic eruption is both beautiful and terrifying.

The first video comes to us from YouTube user rockalelee DelacroiXe, who gives us some nice footage of the volcano billowing out smoke from a safe distance away.

RT, meanwhile, has put together this timelapse video that shows the volcano’s whole eruption in under 20 seconds.

This video from EQForecaster, meanwhile, is a compilation of several amateur videos taken from around Chile.

And then there’s this video from César Antonio, which shows the volcano erupting in stunning 4K.

And if you don’t feel like sitting through videos, here are some photos posted on Twitter that really give you a sense of how huge the eruption was.

Another absolutely incredible image from the volcano eruption in Chile via @lopezdoriga pic.twitter.com/OwWzLztRjS