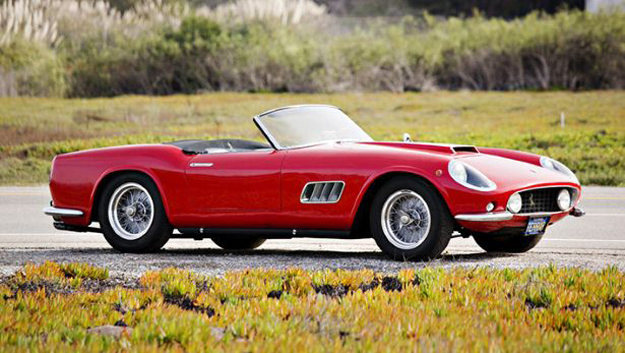 Think that $100,000 BMW your neighbor just bought is overpriced? What if we told you that a single car just fetched a price of nearly $10 million at a recent auction in Arizona? Gooding & Company held an automobile auction this past weekend in Arizona and the 20 priciest cars sold for a staggering $115 million, combined. Of course, we’re not talking about Fords and Hyundais off the line here. We’re talking about rare and exotic collector cars that are among the most desirable automobiles in the world.

As Top Gear noted in a blog post, most of the top-priced cars that sold during the auction were Ferraris. The most expensive example was a 1964 Ferrari 250 LM that sold for $9.625 million, making it the most valuable car ever sold in the state of Arizona.

Beyond Ferrari, there were also a few Porshes, a great 1971 Lamborghini Miura SVJ, a 1959 BMW 507 Series II that went for $1.8 million and a few other notable cars.

For the full list along with a nice little slide show, follow the link below in the source section.