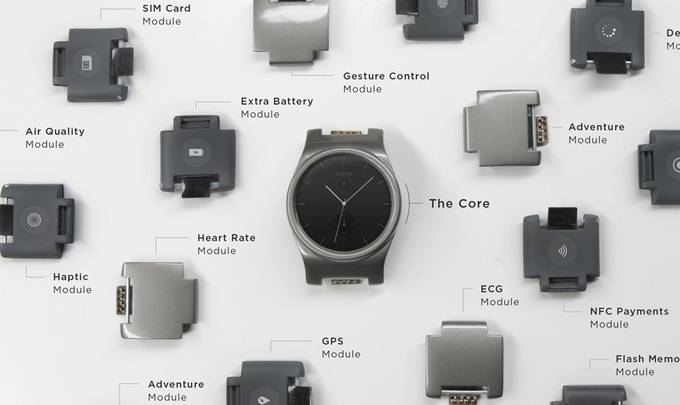 It all started as an awesome concept, at least on paper, a few years ago: The Blocks modular smartwatch that would let the wearer customize his or her smartwatch experience by removing and adding blocks that contain different hardware components. Since then, the Blocks Wearables team has made significant progress, and a functional device should ship to your door by next May, assuming you’re ready to back it up on Kickstarter – and that everything goes well during manufacturing.

The smartwatch, which is supposed to work with both iPhone and Android, was listed on the crowdfunding platform on Tuesday with a bold $250,000 goal.

In the first hours on Kickstarter, the company blasted through that funding goal – currently, more than 925 backers have submitted more than $250,000 in pledges, and there are 37 days left in the campaign.

The cheapest Blocks watch costs $195 on Kickstarter but features only the Core of the device. Pay $260 or more, and you get four functional hot-swappable blocks that can be added in the strap. As the image above shows, the company has devised a variety of Blocks modules that could be used to enhance your smartwatch experience.

Currently, Blocks offers an extra battery module, a heart rate module, a GPS module, an NFC module and an adventure module. SIM card, fingerprint, LED and programmable button modules will be made in phase two of the project, with more of them set for the future.

A video below reveals more details about the project, and, more importantly, provides more evidence that the Blocks dream is far from Vaporware, as execs from ARM, Compal and other companies appear in the clip to show their support for the Blocks smartwatch.