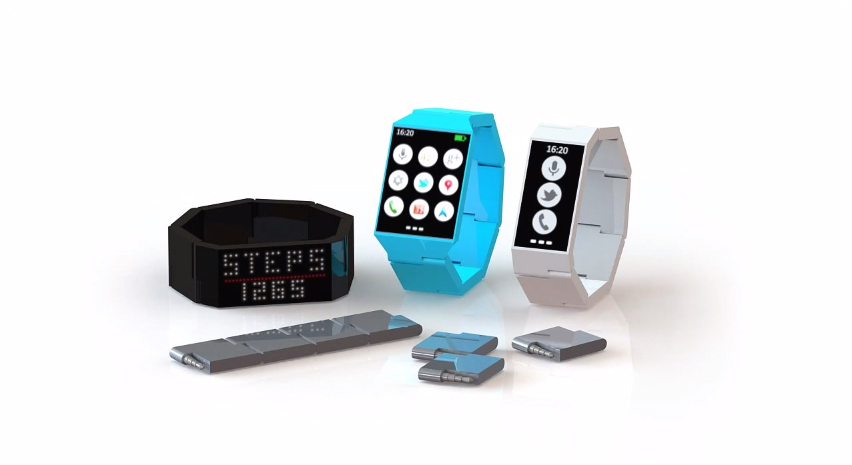 Blocks is a new project that aims to bring Project Ara-like modularity to wearable devices – specifically to smartwatches – by allowing buyers to customize their smartwatch needs to better suit their lifestyles and activities. Blocks proposes that a smarwatch’s strap could be made of multiple swappable blocks, each one capable of performing a specific task.

On top of custom blocks, multiple display options would be available for various needs, including LED and E-Ink displays as well as touch displays, depending on the user’s needs. Thus, the smartwatch could be continuously upgraded as technology evolves, as users could purchase better blocks in the future.

From the looks of it, Blocks smartwatches would be standalone devices and would not necessarily require a connection to a smartphone – the company isn’t exactly clear on how it would all work though. Also, it’s not clear how much battery life a Blocks smartwatch would have to offer.

Just like Google does with Project Ara, the company also imagines that a community of blocks developers would spawn, with interested developers able to build their own blocks in the future. Meanwhile, users would be able to simply choose Blocks from a store, customize their appearance, buy them and then download the apps required to use them.

Unlike Project Ara, which will soon be available to interested developers, Blocks is just a good idea on paper right now. The company says that “Blocks is currently in production,” without revealing any details about launch or pricing future pricing. Interestingly, the company is not even raising money via Kickstarter, Indiegogo, or its own website at this time. AndroidWorld says that a crowd-funding stage will follow later this year, with the basic Blocks version expected to cost $150 when it launches in mid 2015.

A video showing the Blocks concept follows below.