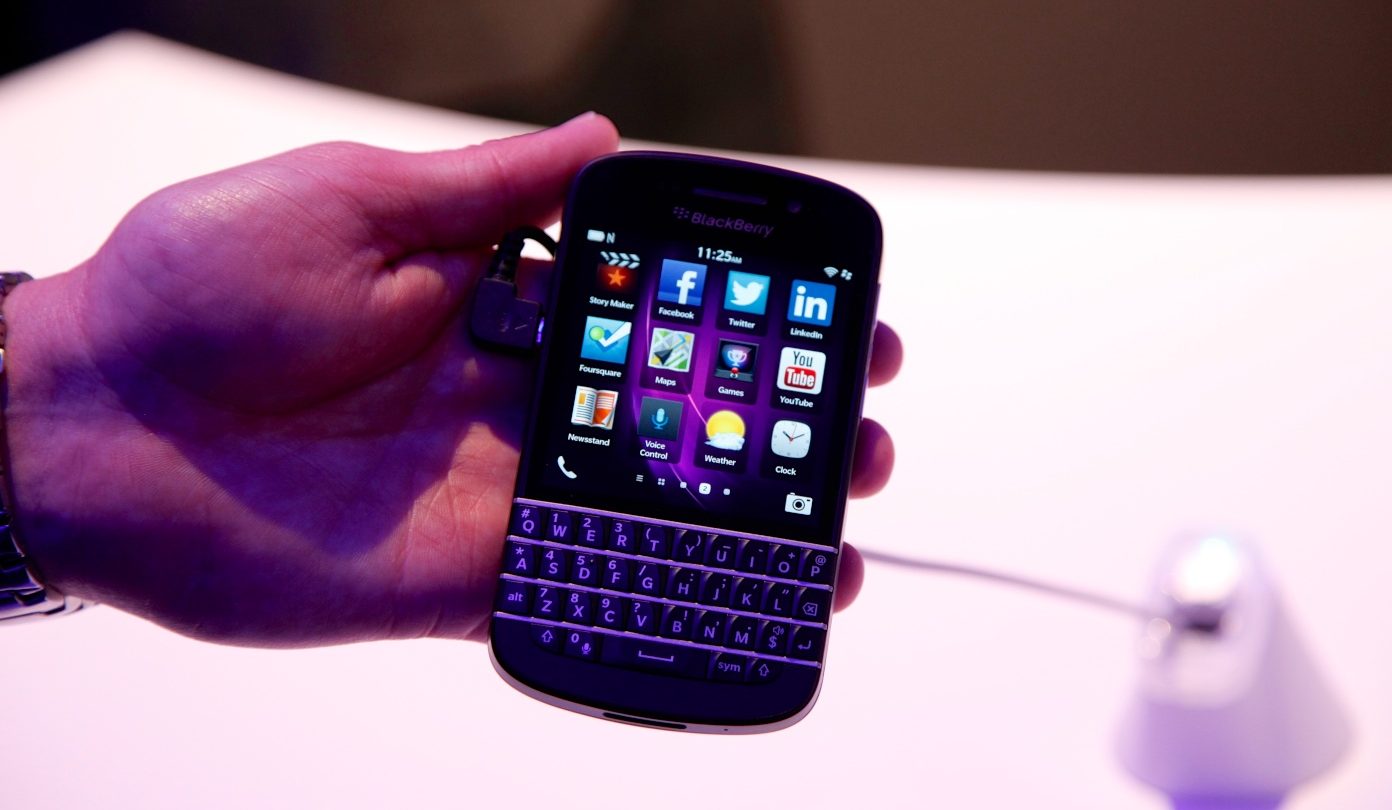 Today’s event is winding down and RIM (RIMM) — err, BlackBerry — showed us the first two phones it hopes will fuel its comeback. We already gave you a full review of the BlackBerry Z10, which launches in initial markets next month and in the U.S. in March, and now we have your first look at the QWERTY-equipped BlackBerry Q10. BlackBerry reps weren’t letting people touch the phones but we accidentally handled one quickly and this phone is as solid as they come. The BlackBerry Q10 isn’t quite as high-end feeling as the Bold 9900, which had a metal frame, but the larger display, famous BlackBerry keyboard and brand new OS make the Q10 a huge step in the right direction. We’ll have a full review of the BlackBerry Q10 in the coming months but in the meantime, be sure to check out or gallery for a few hands-off photos.