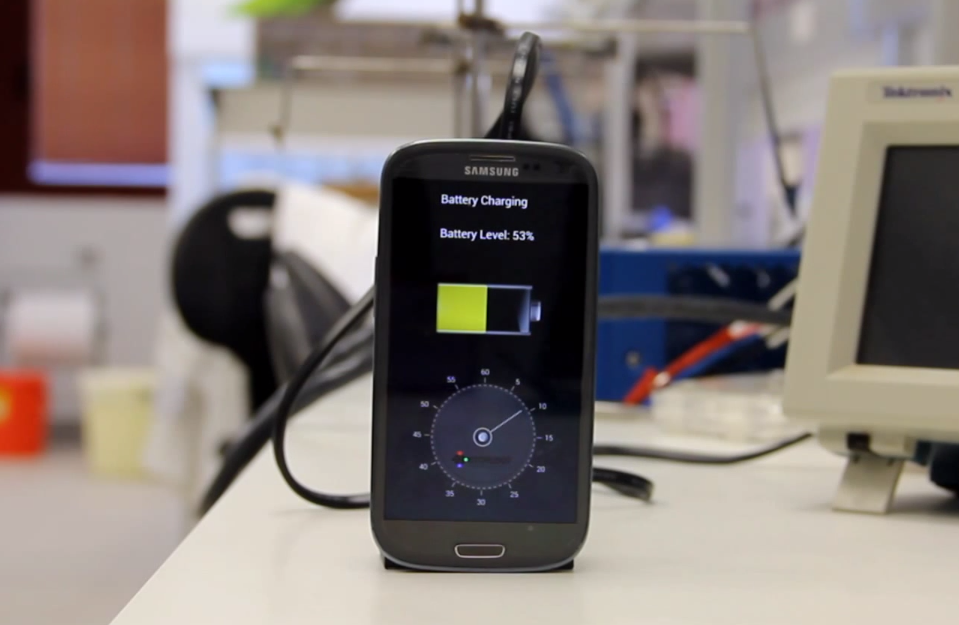 How would you like to plug your battery-depleted smartphone into an outlet and have it charge up in under a minute? Well of course you’d love that, but is it really possible? Israeli startup StoreDot is showing off a new charging device at Microsoft’s Think Next conference in Tel Aviv this week that promises to be the fastest portable smartphone charger the world has ever seen. The company says that the charger works by using “‘nanodots’ derived from bio-organic material that, due to their size, have both increased electrode capacitance and electrolyte performance, resulting in batteries that can be fully charged in minutes rather than hours.” StoreDot’s background is in bio-organic nanotechnology so it’s not surprising that the company is using nanotech to create the world’s fastest portable smartphone charger. A full video showing StoreDot charging a Samsung Galaxy S4 follows below.