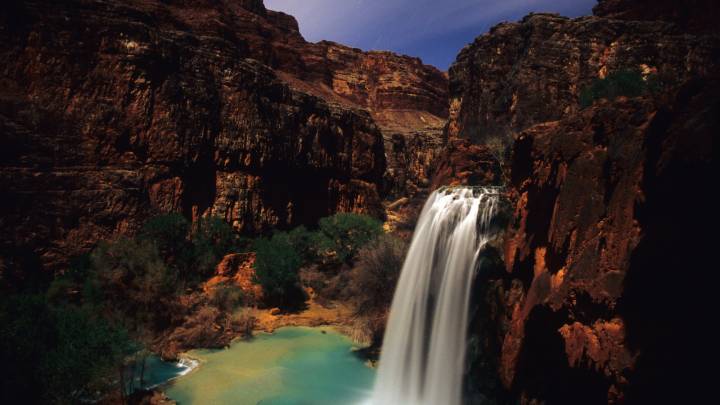 When deciding where to travel on vacation this summer, the usual suspects are probably the first that come to mind: Disney World, the Grand Canyon, Niagara Falls… or probably just whichever beach is closest to your house. But, if you’re looking to get a little more adventurous, a recent Quora thread brought users together to answer one simple question:

“What are some amazing/unique places in the U.S. that are not commonly visited by tourists?”

DON’T MISS: 10 Netflix Movies You Really Need to Watch Before They Expire in July

There are 21 answers so far, and you can scroll through all of them on Quora, but we’ve picked out four of the most beautiful locations on the list.

Considered to be the most famous waterfalls in Arizona, the Havasu Falls are located deep within the Havasupai Indian Reservation, just outside of the Grand Canyon. It takes a considerable amount of hiking to see the sights, so don’t expect to be surrounded by tourists out here.

This is the only location on the list that doesn’t appear on an official map. In order to get to this mysterious location in Utah’s Canyonlands National Park, you’ll need to get directions from a ranger, have a local guide lead the way or just have an incredible sense of direction (although that last one is not suggested).

Gorgeous glacial lakes appear to be the highlight of Green Lakes State Park in upstate New York. It’s only a few miles from Syracuse, but far enough out of the way so as not to be the hottest tourist destination in New York by any means.

As Quora user Hongwan Liu points out, anyone who has ever seen Close Encounters of the Third Kind will recognize Devils Tower, but you’ve probably never considered actually visiting it.

Pretty incredible, right? Let us know if there are any far out U.S. locales you’ve visited that you want to share with the world.