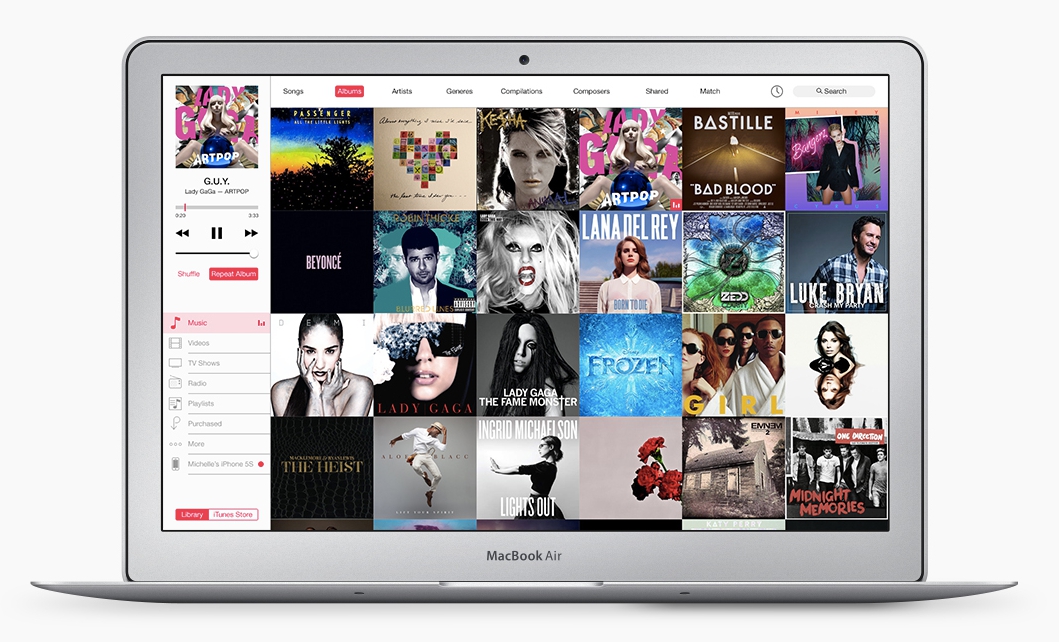 We’ve covered enough smartphone concepts in the past few months at BGR to fill up the rest of the year, so we decided to mix it up today with what might be the best redesign for iTunes we’ve ever seen. Concept artist Brye Kobayashi has mocked up a concept for iTunes that does away with all the clutter of Apple’s recent updates while reconnecting the design style with previous versions of the software. The results are stunning.

The media playback controls have been rearranged and repositioned in order to better replicate the iOS Music app. Six tabs separate Music, Movies, TV Shows, Apps, Top Charts and Purchased items, each of which can be replaced with links to categories you’re more inclined to access. A convenient control at the bottom left of the app allows you to quickly switch between your library and the iTunes Store as well.

The library has received a welcome overhaul, organizing songs in order to minimize wasted space and endless scrolling. The tiny font, the useless additional tabs — all have been scrapped in favor of a more robust list of songs that only retain the necessary information.

If you’d like to see more images of the iTunes update Apple probably won’t ever release, head over to Kobayashi’s website in the source link below.