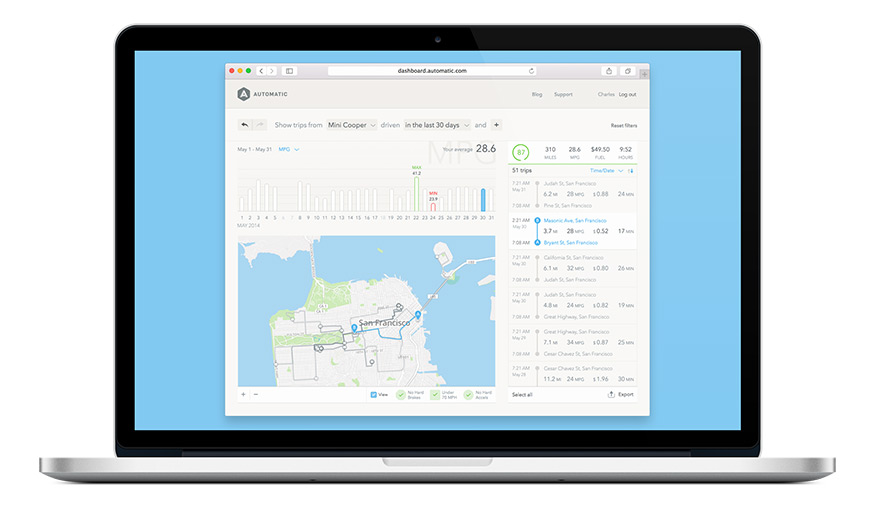 We’re pretty big fans of Automatic’s savvy trip tracker ‘round these parts, but one of our primary gripes when reviewing it late last year was the dearth of accessible data. For those just catching up, Automatic plugs into your vehicle’s OBD-II port — a port that you may not even be aware of unless you’re mechanically inclined. From there, it syncs with your iPhone or Android handset via Bluetooth each time you take a trip, collecting data on mileage, fuel economy, hard braking, etc. It gathers oodles of useful information, but didn’t really go so far as to make a ton of it available to the motorist.

Launched “in response to consumer requests,” it’s a web-based portal that allows you to easily see your recent trips, evaluate driving habits (which would hopefully encourage bettering of those habits), and see all trips in either list or map view. The data can also be compiled for use in an expense report or exported to a .CSV file.

We’ve played around with the demo, and while it’s certainly slick, we’re still yearning for access to more granular data. Still, it’s a huge step in the right direction for those who want to pore over the details of their driving, and surely makes the purchase that much more worthwhile for those who need to provide proof of travel in an automated way.