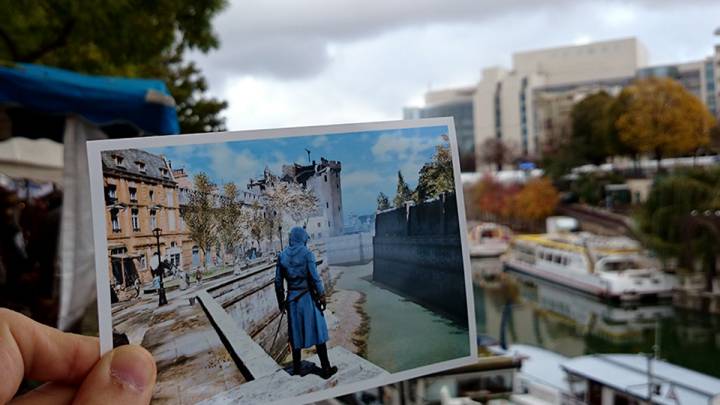 Plenty of complaints have been leveled against Assassin’s Creed Unity, the first current-gen exclusive for the series, but everyone can agree that Ubisoft’s virtual recreation of Paris is a remarkable achievement. Yes, the world of Unity is massive and beautiful, but does it bear any resemblance to the real world locations it represents?

That’s exactly what Damien Hypolite, a fan of the series and an employee of French science magazine Sciences et Avenir, wanted to find out.

DON’T MISS: These are the most ridiculous Assassin’s Creed Unity glitches

In order to discover just how much research had gone into Assassin’s Creed Unity, Hypolite printed out several screenshots of game footage and began a sightseeing tour through Paris. At each location, he held up the screens from the game to see if they would match modern day Paris.

As Kotaku notes, Unity features a significantly pared down version of the city, but many of the famous streets and landmarks have received impressive 1:1 treatments, including Notre Dame.

If you want to check out all of Hypolite’s photos, be sure to head to his blog in the source link below. Assassin’s Creed Unity might not be the game of the year, but no other series does virtual tourism quite like Assassin’s Creed.