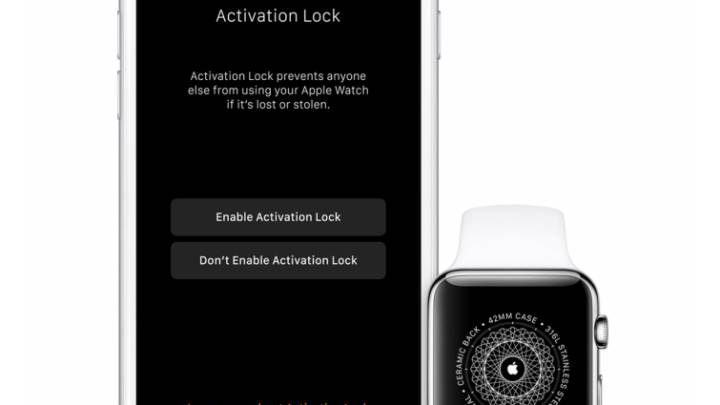 Although Apple talked about a large number of new functionalities coming to the Apple Watch with the watchOS 2 software this fall, it failed to mention one that’s crucial to Watch owners: Anti-theft protection.

Unlike the iPhone, iPad and even Mac, the Watch doesn’t really have any theft protection features, although that’s going to change once watchOS 2 arrives. Apple has updated its Watch pages with more details about watchOS 2 and has revealed that Apple Watch is getting its own Activation Lock support.

“watchOS 2 includes Activation Lock, a new security feature. Activating your watch requires your iCloud Apple ID and password, so in the event that your Apple Watch is lost or stolen, your information remains safe,” the company noted, without sharing other details about the feature. However, Apple also posted the image above, which shows that the Activation Lock security feature will be activated on the Watch via its iOS 9 companion app.

In case the feature sounds familiar that’s because a similar Activation Lock security layer is in place for iOS devices. Once Activation Lock would be turned on, the device wouldn’t be operable even after a factory reset. The thief would still need to have the owner’s iTunes ID and password to activate the device and actually use it.

watchOS 2 will arrive this fall, Apple said on stage, likely at the same time with iOS 9.