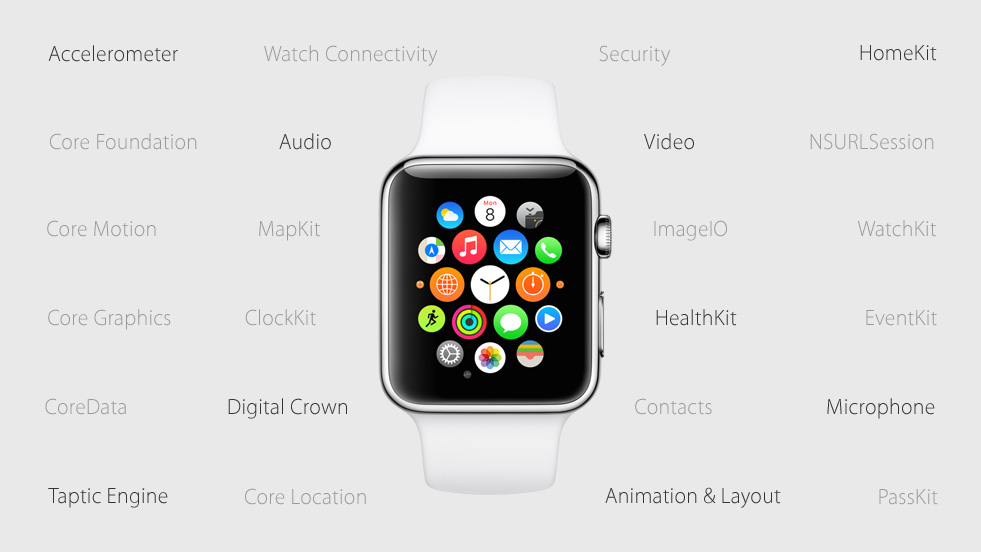 Apple on Monday kicked off its yearly WWDC 2015 with several new announcements on the software side, including the one update that Apple Watch fans have been waiting for: native apps to your wrist.

WatchOS 2 will bring users and developers a bunch of new features, faces and functions, supposedly making the device even more fun and useful to use.

One of the obvious things Apple has updated is watch faces. Apple is going to let users set any picture from the photos app on the Watch as a watch face. The company will also feature a new time-lapse watch face that shows iconic locatiosn from around the world on the Watch.

More interestingly though, WatchOS 2 will let developers add complications to their apps to deliver handy information from their apps directly on the watch face, something many Watch owners (including yours truly) have been waiting for.

The Digital Crown is also getting new features of its own on the watch face. Time Travel is Apple’s brand new feature for it, which will let your see things like upcoming and past events, going back and forth for up to 72 hours.

The new Watch operating system will also get a new Nightstand mode, complete with a new alarm mode.

Reply to email directly from the wrist is also coming, supporting smart replies, emojis and dictations.

Fitness apps will get a welcomed Activity integration, contributing to Apple Watch ring completion in WatchOS 2. Siri can now be used to start and end workouts, and Apple will now support Activity and Workout sharing achievements via Facebook, Twitter and Messages.

iOS 9 features including Apple Pay, the Wallet app and the new Transit feature of Apple Maps are also coming to the Watch once WatchOS 2 is available.

Siri will also be able to show Glances for apps, Apple revealed, which is definitely a welcomed addition.

The best thing about WatchOS 2 is probably support for native Watch apps that’ll be available to developers via WatchKit, which will let them take advantage of the actual hardware of the device, including access to the microphone, speaker, video, accelerometer, Taptic Engine and Digital Crown.

WatchOS 2 will be available to developers starting today, launching free for users this fall, likely when iOS 9 will be launched.