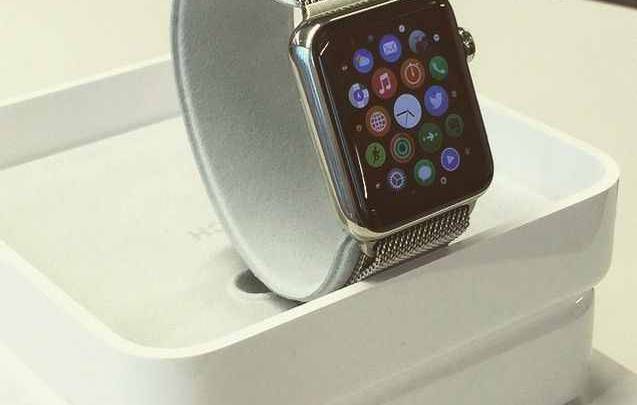 During this week’s episode of John Gruber’s podcast, The Talk Show, Gruber sat down with Joanna Stern of the Wall Street Journal to talk all things Apple Watch.

About two hours and 9 minutes into the podcast, both Gruber and Stern began lamenting the poor performance they saw with third-party Apple Watch apps. “It makes me question whether there should be third party apps for it at all yet,” Gruber noted.

With the Apple Watch launch now just one week away, one can only hope that Apple will address some of the complaints presented and discussed during the podcast, including the fact that the icons grid on the Apple Watch is too small to be practical.

With respect to third party app performance, here’s what Gruber and Stern had to say.

Stern: I actually wouldn’t know if they suck because I’ve never really waited for them to load.

That’s a harsh critique and, again, one can only hope that it’s nothing more than a software issue Apple managed to fix after doling out its Apple Watch review units.

Another complaint Gruber and Stern harped on centered on the Apple Watch app homescreen. You know, the one with the blob of circular app icons. Both Gruber and Stern lamented the fact that the icons themselves are essentially too small to be useful.

Stern: I kind of took off pretty much all of the apps because I hate the app screen. I hate that screen. I can never accurately touch anything on here. The digital crown is not very useful to me, to be honest. And so I took off most of the apps on here.

Gruber: That’s an interesting complaint and I feel the same way. I feel like it is really hard to tap an individual icon, whether its first party or third party, whether its one of Apple’s or not.

I kind of wish that the default size for the icons would be a little bigger. Like you can zoom in and zoom out, but there’s sort of a default size that it settles in at and I feel like it shows too many apps, as opposed to showing fewer, bigger apps to make them easier touch targets.

Gruber: I just wish that as you zoomed the crown, that you could stop at a bigger spot and it would stay there, as opposed to, you make them a little bigger, you let go, and it just settles back.

Gruber: I can’t help but think they’re going to have to address this. It’s just too finicky. And it comes back to stuff that Apple even bragged about with the iPhone where they measured optimal touch sizes for average fingertips… You have to be a developer or a designer to care about the specific numbers, but as a user, all it meant was that if you used an iPhone, the thing you thought you were tapping was the thing you were actually tapping almost every time.

For a company that made its name on usability, Gruber and Stern’s concerns should prove worrisome to any prospective Apple Watch user. Gruber, though, brings up an interesting point in that users should, perhaps, view the actual watch face as the de-facto Apple Watch homescreen. From the watch face view, Gruber notes, it’s easy to launch your most-used apps if you position them as complications.

“Aesthetically I can see why they did it, but I really can’t believe it passed their own internal use.. The homescreen on Apple watch, and I hate to say it, but to me it’s like the Android ‘all apps’ screen.”