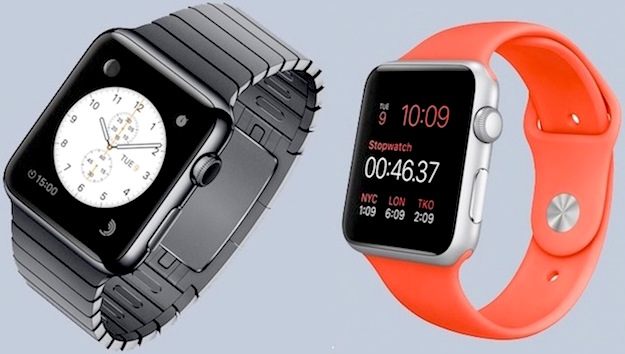 With the Apple Watch launch now officially set for April 24, Apple is already taking steps to eradicate some competitors from its line of retail stores. According to Re/Code, a number of Apple stores in some of the bigger U.S. cities have stopped selling the Jawbone UP and the Nike+ Fuelband.

And it’s hardly a surprise. Apple has been gradually removing fitness trackers from its stores since last April, with the most recent refresh of its accessories happening this year.

After the initial watch announcement was made last fall, Apple yanked Fitbit’s products from its stores. (Fitbit, on its end, has declined to play nice with HealthKit, Apple’s software repository for health and fitness data, so no love lost there.)

While Apple is certainly known to take a hard line with certain competitors — remember when they temporarily removed Bose products from stores? — the move to remove Jawbone and Nike products likely has as much to do with space as it does with directing attention towards the Apple Watch.

While Nike’s tracker is already on its way out, the move will be a massive blow to Jawbone, which presumably relies on Apple Stores for a significant amount of its sales.

It remains to be seen how Apple retail stores plan to showcase the Apple Watch, but some rumors have hinted that there will be long and elegant display cases featuring all of the various models available.

As for directing customer gaze towards the Apple Watch, you can’t fault Apple for removing any potential sales obstacles. After all, if you’re going to try to sell a $349 watch, it’s probably not the smartest thing in the world to have much more affordable wrist-worn devices lurking nearby.