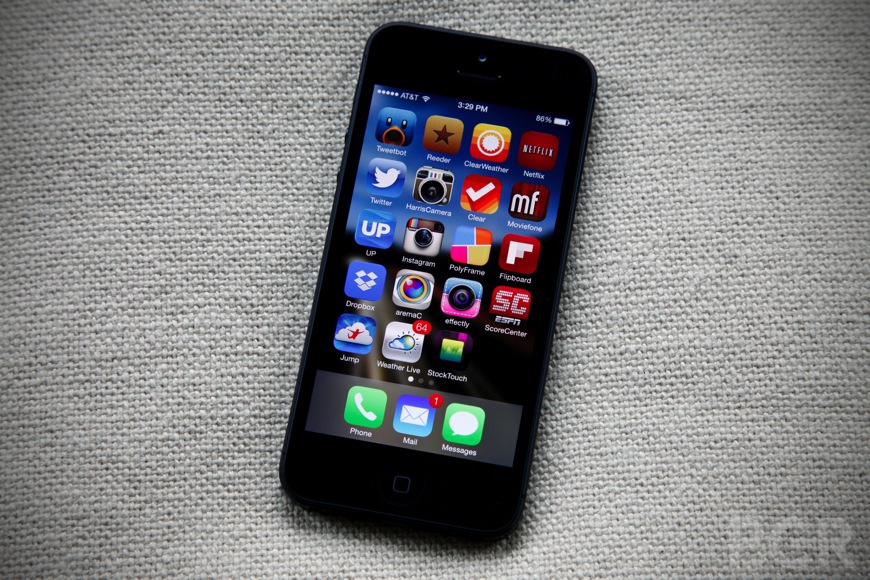 The second U.S. Apple vs Samsung patent trial marches on, with the South Korean giant now making its case in the San Jose, California, court. Samsung’s counsel has already called up several witnesses who testified that the company has not been influenced in any way by Apple or the iPhone. However, internal Samsung documents that have been called into evidence by Apple’s attorneys tell a different story.

While Samsung America’s former CEO Dale Sohn took the stand, internal presentations and emails were uncovered, revealing Samsung’s concerns with its main competitor. In a presentation from April 2012, Sohn wrote that “beating Apple is no longer merely an objective. It is our survival strategy.”

An email dated June 5, 2012 showed that the iPhone 5 was a seen as a major threat by Samsung top execs. “As you know, there will be a tsunami when iPhone 5 is coming,” Sohn wrote. “This will be happening sometime in September or October. According to CEO’s direction, we have to set up a counter plan to neutralize this tsunami.”

Earlier in 2011, the same Sohn wrote to Todd Pendleton, Samsung Telecommunications America’s chief marketing officer, telling him that Samsung should reach out to Google and ask it to come up with an ad campaign to target Apple. As you have shared previously, we are unable to battle [Apple] directly in our marketing,” Sohn wrote on October 4 that year, the day the iPhone 4S was announced. “If it continues to be Samsung’s position to avoid attacking Apple given its status as as [sic] a large customer, can we go to Google to ask them to launch a campaign against Apple based on the many better Android products available in the market for Q4?”

In addition to Sohn, Samsung’s Youngmi Kim, a designer who worked on user experience strategy, took the stand on Monday saying that the company has “absolutely not” steal the slide-to-unlock feature of the iPhone. “If we were to work on the same thing as Apple, that would not give us any advantage in terms of differentiating our products, so that would not make any sense,” Kim said.

When shown an internal Samsung usability study that recommended Samsung made its phone unlocking system more similar to the iPhone, Kim said that the unlock system had been fixed in 2009, even though the document submitted into evidence is from 2010.

Three Android engineers also testified on Samsung’s behalf, defending Android against some of Apple’s patent claims. “Searching for information stored locally on the phone, changing text into hyperlinks that are opened in other apps, and synchronizing information,” as cited by Re/code, are the patents Googlers defended, saying that the Android team have come up with them before Apple. The features have been described as “either totally fundamental, or not particularly important.”

Other evidence revealed in the trial showed Google internal reports portraying Android before and after the original iPhone was launched, and showing the various influences Apple’s first phone had on Google’s mobile operating system.