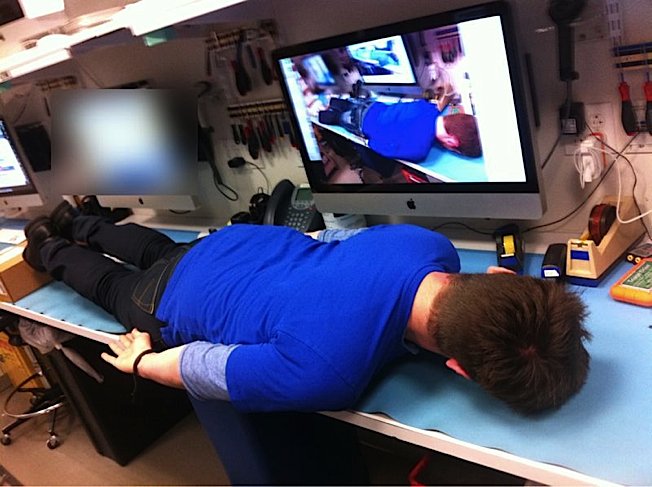 Apple’s outflow of capital over the last five months is staggering. It makes sense, however, when you think of how many shares are institutionally owned, and owned by non-retail shareholders. Why not take some profits from Apple’s meteoric rise over the past couple years? Why not sell some shares before the new year (2013) when the capital gains tax rate is going up by 25%? And yes, Apple’s margins have slowly come down, and the breakneck growth of the largest company in the world has changed pace. Yet, Apple’s fundamentals have not changed. Apple is still the most innovative company in the technology space and it has the most talent, with the best hardware, the best software, and the best ecosystem in the world.

What I mostly don’t understand about the Apple negativity is that Apple isn’t a BlackBerry, or a Nokia, or a Motorola. Apple didn’t invent a lone popular product like a RAZR, a phone that was made of aluminum and the one of the slimmest in the world. Apple completely changed the entire mobile computing category forever, through hardware, yes, but mostly software.

The cell phone we thought of was smashed into tiny pieces when Apple introduced the iPhone. The computing world has crumbled under the introduction of the iPad and the tablet category. This is not a one-trick pony like Nokia or like the BlackBerry line of phones — as great as they were, they were really just solid messaging machines with push email.

That’s what people are so easily forgetting. It’s not a single product, or single invention that Apple has done so masterfully. This is a company that has changed massive product categories with the iPod, the iPhone, and the iPad. If you think Apple can’t do it again, let’s just say that I believe you’re on the wrong side of the trade.