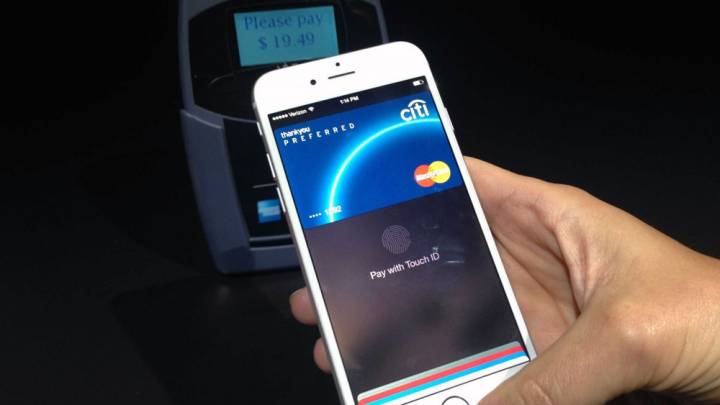 I fondly recall being planted in downtown San Francisco for the launch of Apple’s iPhone 5. Prior to the keynote, I surmised that Apple would finally add a 128GB storage option for those who still valued local storage, and that the iPhone 5 would be the first to boast NFC. After all, all of Apple’s rivals were already on the mobile payment bandwagon, and if anyone could spearhead mainstream adoption of tap-to-pay, it’d be Apple.

Neither of those predictions came true.

Fast forward a couple of years, and we ended up seeing both included in the iPhone 6 (and 6 Plus). Apple didn’t even rely on a proprietary chip — it’s the same NFC standard that’s been floundering around in Android and Windows Phone devices for years. Apple also didn’t generate a proprietary card, instead relying on the same 16 digit strings that your existing debit and credit cards already use.

So, what took so long?

The two-year wait between the widespread push for mobile payments (following the launch of Google Wallet) and Apple’s decision to hop right in seems strange on the surface. If Apple wasn’t busy building a better option than NFC, why didn’t it just include such a module on the iPhone 5? The answer, I suspect, lies in something far more murky.

For mobile payments to truly work en masse, we need more than raw technology. NFC has been around (and tested) for years. The few NFC-enabled stores that exist seem to have only minor issues accepting payments via phone. The issue here is support. Ask any American today if they feel that their credit or debit card would be accepted “anywhere,” and most folks will nod in agreement. With very few exceptions (mostly on the local services and small business front), any merchant worth their salt has access to a machine that’ll accept a credit card swipe. And for those who don’t, a gratis Square reader remedies that in no time.

Ask those same folks if they believe the bulk of the stores they visit would accept tap-to-pay via phone, and you’ll get a very different reaction. Despite the technology being around, no single company has paused to unify merchants as a whole on accepting payments via phone. As CEO Tim Cook pointed out in his keynote, the reason that these efforts have failed is that each one has been created with self-service in mind. Each one was tied to a monetization plan. Apple isn’t trying to make money from Apple Pay, its own mobile payment solution. Instead, it’s just trying to get every merchant in the world to become iPhone-friendly.

Cook stated clearly that Apple “excels at these kinds of problems,” and he’s right. Apple’s motivations in solving the mobile payment quandary are entirely different from anyone else. Apple has spent the past two years convincing executives from Bloomingdale’s, Disney Store and Walt Disney World Resort, Duane Reade, Macy’s, McDonald’s, Sephora, Staples, Subway, Walgreens, and Whole Foods Market to install Apple Pay-enabled terminals in their stores. I can’t begin to fathom the effort that it took to get all of those onboard, but 24 months sounds like a reasonable amount of time to accomplish such a task. Now that those names are onboard, rival companies will no doubt feel pressured to also voice their support.

What Apple did with its past two years was quietly lay the groundwork for a revolution in support. Apple Pay won’t be unique in its technology, but it will be unique in its ability to get merchants onboard. That’s the missing puzzle piece in an obviously superior way of paying for goods going mainstream, and suddenly, it makes the two-year wait seem worthwhile.

Only time will tell if more merchants truly do hitch their wagon to Apple, and if the solution is reliable enough to not generate an oppressive amount of negative buzz. Should it work out, however, we’ll point back to today and recognize those partners as the ecosystem play that really got the ball rolling in a meaningful way.

Apple understands the immense power of strengthening its ecosystem, and it’s patient enough to take two years to ensure the NFC play isn’t forgotten in just a few months.