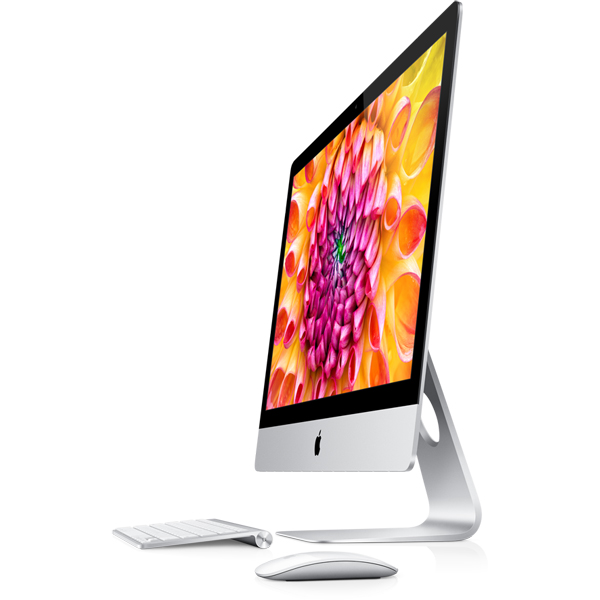 Apple (AAPL) unveiled a completely redesigned lineup of iMac computers at its press event in San Francisco last week. In traditional fashion, the Cupertino-based company was able to cut the new iMac’s size by 40%, making it the thinnest all-in-one PC in the world at just 5 millimeters thick. According to a recent report, the secret behind Apple’s new iMacs lies in the LCD display, which is 45% thinner than that of the previous generation.

“The iMac display is really not getting the attention it deserves,” IHS analyst Vinita Jakhanwal told Wired. “If it’s anywhere close to OLED display thickness, that’s something really cool.”

In the past, OLED displays were known for being lighter and thinner than comparable LCD displays, however Apple seems to have found a way to change that. In a similar process that it uses for the new iPhone 5, Apple optically bonded the LCD panel to the glass and was able to remove the 2-millimeter air gap that was found in earlier models.

“Apple is using optical bonding (lamination) of the [LCD] panel to a sheet of strengthened cover glass,” said NPD DisplaySearch analyst Paul Semenza. “This eliminates the air gap between the panel and the glass, which reduces overall thickness, and the optical bonding eliminates the reflections between the inside of the cover glass and the outside of the panel, which improves image quality.”

In addition to the thinner displays, Apple redesigned the iMac’s case and used a process called friction stir welding (FSW) to bond the back and front plates together. The same process has previously been used on airplane wings, rocket booster tanks and various parts of space shuttles. Apple has licensed the unique manufacturing process from an independent U.K.-based research and technology company called TWI Ltd, and is the first consumer electronics company to do so.