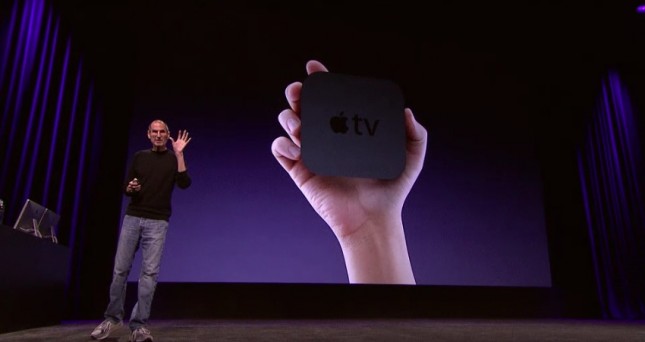 Today, Apple introduced its next generation that focuses on streaming media and HD content. The new box is one-quarter the size of its predecessor and is sleek, black, and fairly nondescript. The device has power, HDMI, optical audio, and ethernet ports on its rear; Wi-Fi b/g/n is built into the device. The new will provide Netflix, YouTube, Flickr, Podcast and MobileMe streaming to its owners as well as several iTunes rental options. First-run HD movies can be rented from the iTunes Store for $4.99 (prices will go down as the movie ages) and HD TV shows from ABC and Fox will be available for $0.99 per episode. Just like the previous ATV, pictures and videos can be streamed from your iPhoto library to your connected television. A new feature included on iPads, iPod Touches, and iPhones, titled AirPlay, will allow videos bought or stored on your iDevice to be streamed directly to the AppleTV and ultimately your connected TV. The device will launch in five countries, will be available for pre-order today, and will retail for $99.