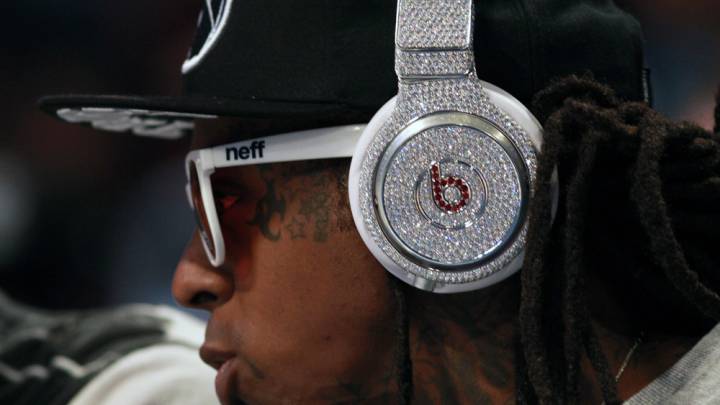 As analysts, pundits, bloggers, journalists and just about everyone else on the planet continues to struggle to make sense of Apple’s rumored Beats acquisition, there’s really only one piece that has been published on the matter that you should bother reading. If you absolutely have to read more than one note, however, a good second option is probably a recent note from ABI Research — which is likely either the most brilliant or stupidest thing that has been written about the deal to date.

For those who might somehow still be unaware, Apple is reportedly planning to acquire Beats Electronics for $3.2 billion. The deal will be Apple’s largest ever acquisition, and it will also be the first non-Apple brand that the company will manage.

Recurring theories from people trying to make sense of the deal typically involve expanding Apple’s hardware business and/or adding a sold streaming music service to its portfolio. But in a recent brief note from ABI Research, analyst Sam Rosen says that Apple’s motives for the deal can be summed up in two words: “Celebrity endorsement.”

“Headphone companies are ahead of other electronics manufacturers in moving to celebrity based branding,” Rosen wrote in a recent note. “Looking beyond Beats, Monster Products features a variety of brands including UFC, Rapper Meek Mill’s 24K lifestyle, S.K.A.M DJ line and others. Dr. Dre turned around the Beats brand with the right celebrity endorsements, and has built a company that has the connections and DNA to create branded products and gaining the celebrity endorsements to stand above the brand clutter.”

He continued, “Apple stands to benefit from celebrity endorsements more than it does from a subscription music service or a headphone line, however popular or profitable they may be. Beats brings not only a specific set of endorsements, but also the organizational and cultural know how around endorsements. Anything that helps Apple to better market its products – and improve gross margins – may be worth a premium.”

It’s an interesting perspective that either hits the nail on the head and finds Apple’s real motive for the deal where most people missed it, or is absolutely ridiculous.

Apple constantly gets great product placements in TV shows and movies, and there are plenty of celebrities who have appeared in Apple commercials or endorsed various Apple devices. In fact, some might argue that getting a celebrity to endorse your product is about as difficult as writing a check.

Beats has been particularly smart with its celebrity endorsements, however, and its marketing strategy has been largely responsible for creating the No. 1 headphone brand in the world. It’s certainly possible that Apple sees Beats as an avenue into new markets in addition to being a company that brings with it a nice sized hardware business and a good streaming music service.