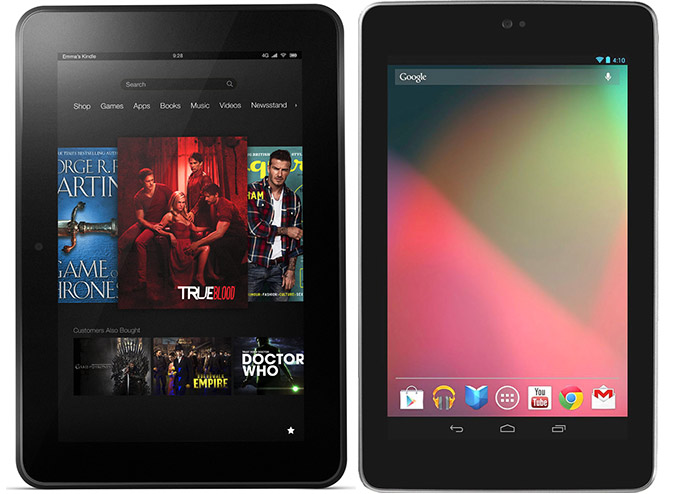 It’s taken a while but it seems that Android tablets are finally giving the iPad some real competition. The latest tablet shipment forecast from IDC projects that Android will take a 48.8% share of the tablet market in 2013, a significant jump from the 41.5% share of the market the platform held in IDC’s previous projection. The rise of Android in the tablet realm comes at the expense of Apple (AAPL), which IDC projects will hold a 46% share of the tablet market in 2013, a decline of five percentage points from the 51% market share it held in 2012.

The big reason for Android’s rise, says IDC, is demand for lower-cost tablets whose displays measure in at 8 inches or less. Android tablets such as the Galaxy Note 8.0, the Nexus 7 and the Kindle Fire HD — as well as Apple’s iPad mini — have helped push IDC’s projection for tablet shipments in 2013 from 172.4 million to 190.9 million.

“One in every two tablets shipped this quarter was below 8 inches in screen size,” says IDC analyst Jitesh Ubrani. “Vendors are moving quickly to compete in this space as consumers realize that these small devices are often more ideal than large tablets for their daily consumption habits.”

The other notable tidbit from IDC’s latest report is the failure of Microsoft (MSFT) to make significant gains in the tablet space. IDC projects that Windows 8 and Windows RT will have a combined market share of just under 4% in 2013 and a combined market share of just over 10% by 2017. IDC analyst Tom Mainelli says that Microsoft’s decision to make two separate operating systems for its Windows tablets was a big mistake since most consumers don’t see the point of buying a Windows RT device.

“Microsoft’s decision to push two different tablet operating systems, Windows 8 and Windows RT, has yielded poor results in the market so far,” he says. “Consumers aren’t buying Windows RT’s value proposition, and long term we think Microsoft and its partners would be better served by focusing their attention on improving Windows 8. Such a focus could drive better share growth in the tablet category down the road.”