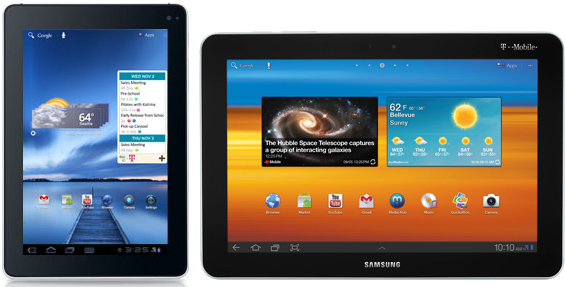 Following strong shipments of Android tablets and “robust demand” for Apple’s (AAPL) new iPad mini, analysts with IDC have increased their 2012 forecast for the worldwide tablet market to 122.3 million, compared to earlier estimates of 117.1 million units. The research firm also raised forecasts for 2013 and 2016 to 172.4 million units and 282.7 million, an increase from 165.9 million and 261.4 million units, respectively. IDC estimates that Android will continue its growth in the tablet space and see its worldwide market share increase from 39.8% in 2011 to 42.7% in 2012. During the same period the firm predicts that Apple will see its tablet share fall from 56.3% to 53.8%, while Windows-based tablets, including Windows 8 and Windows RT, are expected to grow from 1% to 2.9%. The Cupertino-based company is expected to continue its lead through 2016 with a 49.7% share of the tablet market, compared to Android’s 39.7% share and Windows 10.3% share.

“The breadth and depth of Android has taken full effect on the tablet market as it has for the smartphone space,” said Ryan Reith, program manager for IDC’s Mobile Device Trackers. “Android tablet shipments will certainly act as the catalyst for growth in the low-cost segment in emerging markets given the platform’s low barrier to entry on manufacturing. At the same time, top-tier companies like Samsung, Lenovo, and ASUS are all launching Android tablets with comparable to premium products, but offered at much lower price points.”

IDC’s increased tablet forecasts come at the expense of eReaders. The firm notes that while front-lit eReaders have captured interest from consumers, most buyers are gravitating more towards multi-use tablets. IDC expects eReader shipments in 2012 to max out at 19.9 million units, down from 27.7 million in 2011.