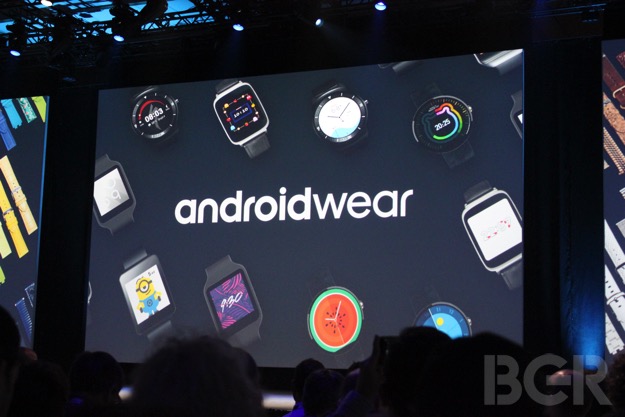 Google on Thursday kicked off its 2015 edition of the Google I/O developers conference, announcing a bunch of interesting new products, including the new Android M operating system, but also new features for its smartwatch platform, Android Wear.

Android Wear will offer users an always on screen to show the time – unlike Apple’s Watch which doesn’t have such a feature – and will feature always on apps that’ll let users enjoy various interesting new features. The company said it currently has more than 4,000 apps built specifically for Apple Wear watches, with some apps ready to bring even more features to its smartwatch platform, including Uber, Foursquare and CityMapper.

However, Google did not announce any new Android Wear device during the event, but hinted that more devices are launching later this year. “Ultimately, Android Wear is about choice,” Google said, insisting on the wide variety of Android Wear models already available to buyers. “By the end of the year, there will be many more Android Wear watches.”