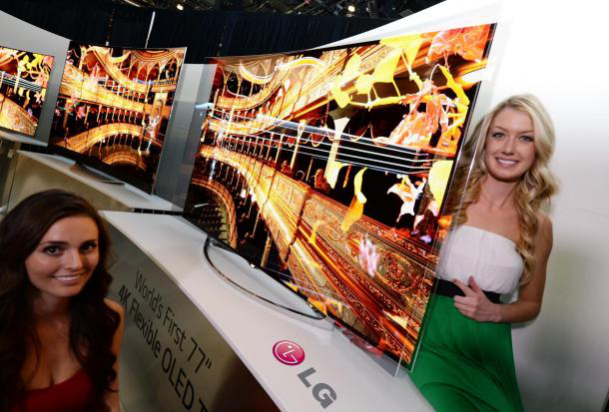 The International Consumer Electronics Show is almost over and as is always the case, we’re left with plenty to process. As is also always the case, dozens of brand new televisions were unveiled at the show by leading vendors and smaller discount brands alike. 4K resolution was the talk of the show where TVs are concerned, as were the massive curved (and even bendable) panels shown off by Samsung, LG and others. The new TVs at CES this year were certainly big, and they definitely packed plenty of pixels into their huge panels, but were they really all that exciting? According to one columnist from The Wall Street Journal, not at all.

In a piece titled “TV Makers Are Out of Ideas,” The Journal’s Farhad Manjoo argues that all of the so-called innovations that debuted at CES are little more than distractions.

“TV is stuck in an innovation cul-de-sac,” Manjoo wrote. “There are no new ideas in TV hardware that are worth paying for, so, thanks to competition and production efficiencies, good TVs keep getting cheaper. The cheaper they get, the more desperate TV makers become, filling their sets with more and more useless piffle.”

He continued, noting that the painful lack of innovation in the TV industry isn’t a result of the high bar set by previous models, but rather the fact that the content fed to our TVs is so varied and complicated: “It remains a big hassle to find something you want to watch, or to stream TV shows and movies without consulting a handful of remotes, or to navigate your cable system’s byzantine menus. Indeed, in our modern, multidevice, multi-subscription-service livings rooms, almost nothing is as easy as is it needs to be.”

“But TV makers aren’t in a position to address any of these real problems,” Manjoo explained. “They don’t have the clout to make significant deals with entertainment companies, which would be necessary to fix the problem of having to subscribe to many services in order to watch everything that you would like. They can’t alter the way cable systems bundle channels, which might make it easier to cut your monthly bill.”

4K is nice, though it suffers from the same lack of available content that has effectively killed off 3D TVs. Curved displays? They’re certainly an interesting proposition, though they don’t appear to be worth investing thousands of dollars in at this point.

A wave of excitement always washes over the tech media at the onset of CES each year, but now that everyone has time to step back for a moment and take a breather, it looks like TV makers may indeed be stuck in a rut.