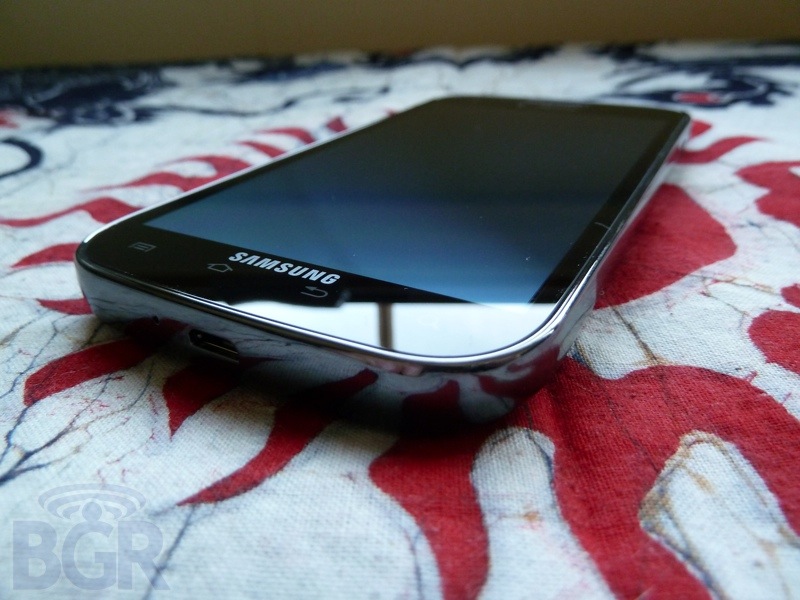 A July 2008 internal Samsung presentation submitted into evidence during the second Apple vs Samsung U.S. trial revealed that the South Korean company realized the iPhone would be a big threat to feature phone makers just a few days after the iPhone 3G was released. Now, a second piece of evidence consisting of a couple of slides from three years later shows that “beating Apple” was the “#1 priority” for Samsung in 2011, and everything else had to be in the “context of beating Apple.” But the iPhone also had a positive effect on Samsung: Apple’s smartphone helped Samsung get the carrier freedom it lacked in previous years, or at least some carrier independence.

Introduced in 2010 and 2011, the Galaxy S and Galaxy S2 flagships, respectively, came with a complete lack of cohesive branding and hardware, at least in the U.S., where local carriers sold the same phones under different names, with some models having different design and specs.

For example, the Galaxy S was known as Captivate, Vibrant, Fascinate, Mesmerize or Epic 4G (with slide-out keyboard) in the U.S. Similarly the Galaxy S2 was known as the Galaxy S2, Galaxy S2 Skyrocket, Galaxy S2 Epic 4G Touch, with some models sporting screen sizes between 4.3- and 4.5-inch depending on carrier. Unlike Apple, Samsung was not able to dictate terms to mobile operators.

However, that stopped one year later, when Samsung positively surprised buyers by launching the exact same flaship device in all markets, including the U.S. Except for some processor, RAM and LTE variations that are still characteristic to Galaxy S devices to this day, all Galaxy S3 versions had the same design and same name no matter what carrier.

At the time, it was seen as a major Samsung victory over carriers, even though devices still came preloaded with bloatware, and it looks like Samsung’s strong branding strategy – that ultimately led to Samsung’s Apple-poking viral campaign, which ended up significantly bothering the iPhone maker – was devised in 2011.

In an attempt to better compete against the iPhone, Samsung decided that its flagship devices – Galaxy S and Galaxy Note – will be Samsung-focused. The company wrote that it planned to “request carrier support for 20% of roadmap (i.e. GSIII and special Samsung projects such as Galaxy Note),” while 80% of the roadmap will be carrier focus, supporting mobile operators for “key initiatives, carrier exclusive offerings,” but also devoted to non-exclusive “low-cost” handset to address entry market.

One of Samsung’s other objectives for the following year (2012) was to “drive consumer pull,” so that customers who walk into stores ask for Samsung devices, but also to “understand why consumers buy Apple and develop countermeasures by carrier/retailer.”

To support its main “beat Apple” strategy, Samsung also detailed iPhone 5 expectations regarding features, prices and revenue in the same slide. Just like Samsung was worried about Apple, the iPhone maker was equally worried about Samsung’s rise, as seen in other pieces of evidence submitted during this new trial.