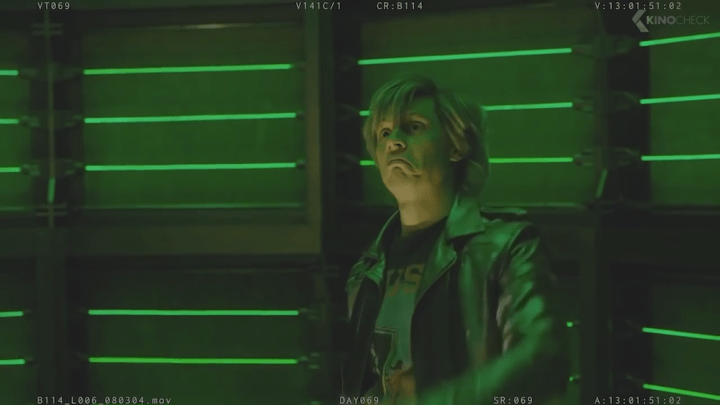 This hasn’t been the most encouraging year for comic book movies. Although Marvel and DC both raked in hundreds of millions of dollar at the box office, the critical reception of Batman v Superman and Suicide Squad was middling at best, ruthless at worst and gave DC plenty to think about going forward.

But Marvel wasn’t invulnerable either, as is evidenced by the 48% Tomatometer score for X-Men: Apocalypse on Rotten Tomatoes. Here’s the thing: the movie might not have been great, but the cast clearly had fun making it.

SEE ALSO: All the biggest complaints about the iPhone 7

Last week, what appears to be the full gag reel from X-Men: Apocalypse made its way on to the internet (as these things often do). If you ever wanted to see Oscar Isaac dance around in an Apocalypse costume, this is your lucky day:

The story of this X-Men sequel was bashed by critics when the movie came out earlier this year, but the performances were spared. The actors, despite standing in front of green screens for a vast majority of the shoot, made the most of their time on set by constantly attempting to make everyone else break.

You’ll be able to see the gag reel and more special features when the Blu-ray and DVD of X-Men: Apocalypse hit store shelves on October 4th.