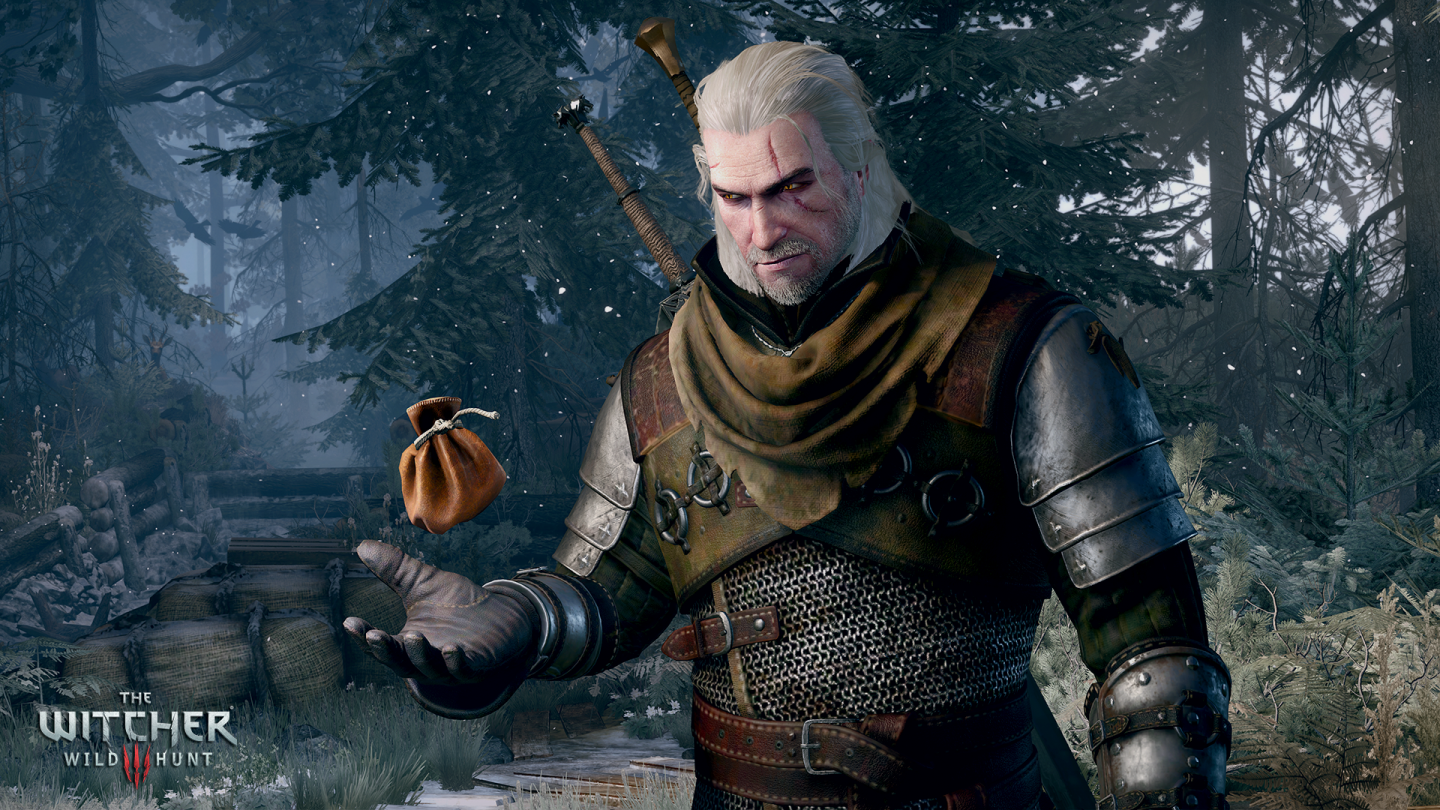 For the past three weeks, I’ve been pretty obsessed with Fallout 4, Bethesda’s post-apocalyptic role-playing game that was probably the most anticipated game of 2015. While I’ve really loved the game so far, it’s also pretty obvious to me that it’s not even close to being the best game released this year. No, that award goes to The Witcher 3: Wild Hunt.

First, though, let’s talk about the things that Fallout 4 does better than Witcher 3. While Witcher 3 is an incredibly impressive first attempt at making an open-world game, Bethesda is still much better at making a giant game world that’s a joy to explore at random. In Witcher 3, for example, all quests are telegraphed with an exclamation point marker on your mini-map, as you can see in this screenshot in the top right-hand corner:

In Fallout 4, though, you can stumble upon lots of quests just by exploring. One turn down an alleyway can get you enmeshed in a vault heist scheme, while opening up a seemingly abandoned apartment building can reveal the grisly work of a serial killer. And then there’s the fact that you can physically interact with so many of the objects you find in the world, which can lead to some ridiculously fun activities such as this one involving creating geysers by firing explosive rounds into water:

And the settlement-building mechanic in the game lets players get highly creative with creating large buildings, including this utterly ridiculous “Tower of Flesh” that looks like it took someone more than 20 hours to build (WARNING: Not safe for work!):

One more thing: I like being able to actually create and design my own character and Fallout 4 has extensive character creation and customization options to let you make your protagonist look however you want them to. In Witcher 3, you’re stuck playing Geralt of Rivia, a grumpy middle-aged monster slayer who talks like Batman and who somehow has a knack for getting every woman in the Northern Realms to sleep with him.

Let’s start with the quest content, which is staggeringly good by any RPG’s standards. Most RPG quests involve being asked to go somewhere and either kill a bunch of enemies or fetch a particular item. Witcher 3 certainly has these kinds of quests but it almost always makes sure to have a compelling story behind each one. So for example, what starts out as a seemingly simple quest to track down a deadly werewolf quickly grows complicated the more you learn of the creature’s true identity:

The game even breaks out of the fetch-or-kill-stuff mode completely in some quests, such as the quest in which you have to help write and then perform in a play. Your decisions in sculpting the play will even determine whether the audience will love it and applaud you or hate it and start rioting:

Fallout 4’s quests, on the other hand, rarely go beyond sending you someplace to clear out enemies.

The overall story of The Witcher 3 is fantastic as well. Although Fallout 4 is much improved in terms of story and characters compared to Bethesda’s most recent titles, Witcher 3‘s major characters are fully three dimensional, whether they’re your prospective love interests Triss and Yennefer, or morally repulsive (but in some ways sympathetic) rulers like the Bloody Baron. There are definite evil people within the game, but most of them are filled with shades of gray, which is the hallmark of good storytelling.

And then there’s the graphics. Simply put, Witcher 3 looks completely stunning and its graphics put Bethesda to shame. Yes, Fallout 4 is set in a post-apocalyptic wasteland and won’t look as naturally pretty as the Medieval world of Witcher 3. But even in areas of the game that haven’t been devastated by nuclear war such as the inside of the mysterious Institute, I was struck by the rather bland design of the game world.

For instance, does this really strike you as the interior of the most technologically advanced place left on Earth?

Not at all — instead, it looks like the set of a ’60s B-movie in which a bunch of machines with blinking lights are good enough to let you know that you’re dealing with advanced technology. In fact, this was the very technique used in Ed Wood’s Plan 9 from Outer Space:

At any rate, I’m not trying to bad mouth Fallout 4 because it’s a very good game and I’ve had a ton of fun with it. But there’s a difference between “very good” and “great.” While Bethesda was content to make a very good game, Witcher 3 developer CD Projekt Red went out of its way to make one of the greatest games anyone has ever made. Game of the Year? It’s Witcher 3 and it’s no contest.