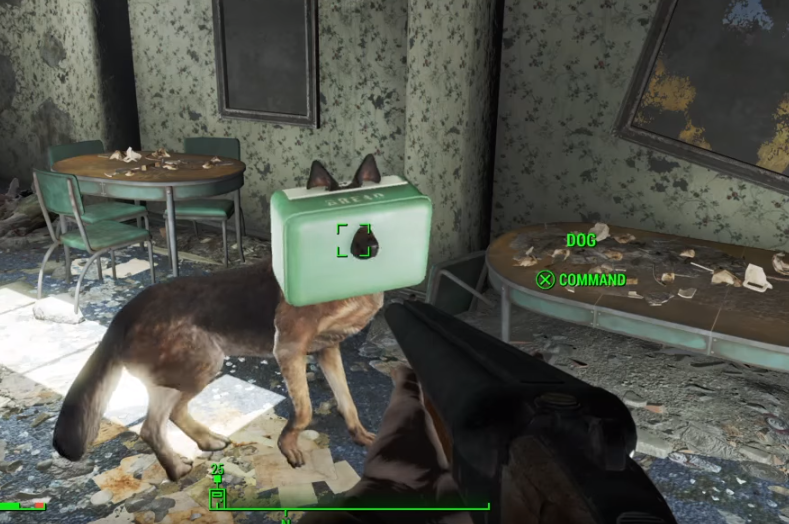 As someone who loves Bethesda games, I’ve also come to expect that they’re going to ship loaded with tons of ridiculous bugs and glitches. This has once again been the case with Fallout 4 and gamers on the Internet have done their usual good work in recording and documenting all of the most absurd screw-ups that Bethesda’s development team has yet to patch. Let’s check out some highlights below.

FROM EARLIER: Most anticipated PS4 and Xbox One games of 2016

This is a good one that involves a Deathclaw — probably the game’s most fearsome enemy — randomly appearing and attacking the player character while she’s in the middle of a conversation. Note the hilarity of her companion who continues calmly talking to her even as she’s being ripped to shreds.

This video shows why you shouldn’t give your followers powerful weapons. As you’ll see, Piper decides to fight off a ghoul that’s standing two feet away from her by launching a mini nuke at it:

Piper isn’t the only stupid companion, however, as this video shows a follower named John Hancock trying to fight while flopping around like a fish:

This character seemingly decided to go breakdancing after being shot to death by a Mr. Gutsy robot:

This video… well, you just have to watch it to see for yourself. The best way to describe it is that it features a “spinning torso barrel”:

It just wouldn’t be a Bethesda game without bears that are inexplicably flying:

And finally, here’s one of your canine companion Dogmeat with a bread box stuffed over his head: