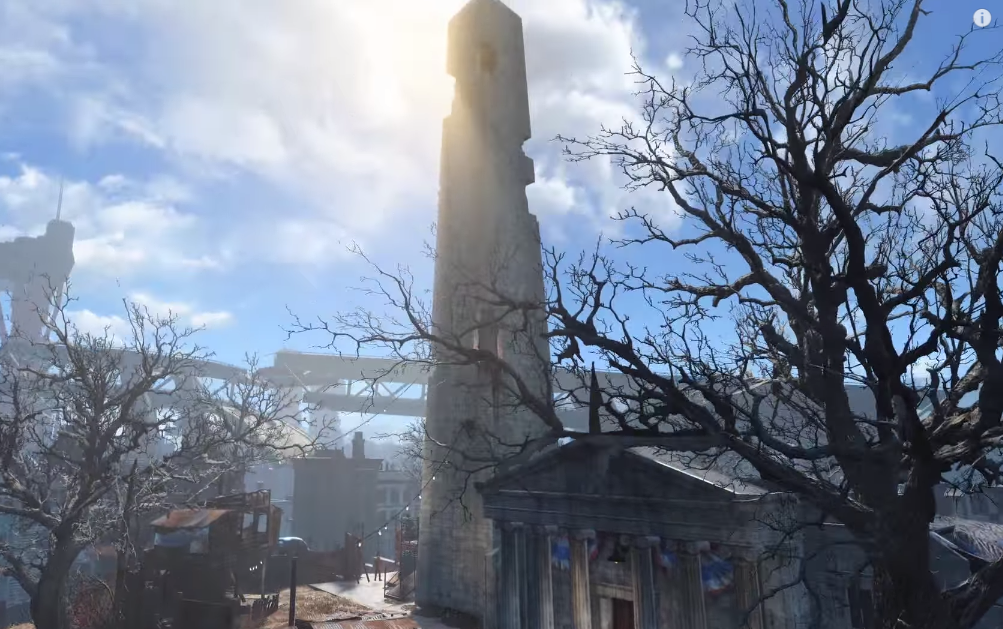 Did you love everything about Fallout 3? If so, you’re in luck because the reviews are in and they generally agree that Fallout 4 is very similar to its predecessor. Even though the game was in development for seven years, it seems developer Bethesda took an “if it ain’t broke, don’t fix it” approach to the latest game in the series. Below we’ll recap some of the early reviews of the game, which almost uniformly praise it as one of the year’s best games despite (or because of?) its similarities to Fallout 3.

Polygon gives the game a 9.5 out of 10 rating and it says the game has the best story of any Bethesda game yet. While this isn’t the highest praise since neither Fallout 3 or any of the recent Elder Scrolls games won any literary prizes, it seems the game does a very nice job of giving you genuinely difficult choices to make throughout that have major consequences on the world around you:

Bethesda leverages this dynamic, along with the strongest writing it’s ever managed, to present really difficult choices in the latter half of the game’s “story.” In turn, it’s exponentially more complicated than the Enclave vs. Brotherhood of Steel narrative from Fallout 3 or even the mangled amnesia plot line of New Vegas. It dawned on me fairly early into Fallout 4 that my choices could have unexpected consequences that wouldn’t be clear till later. As I approached the last third of the game, I agonized over trying to do the right thing — or even knowing what the right thing was.Fallout 4 played enough with my expectations of its fiction to keep me guessing, and its endgame is tense and fantastic for it.

IGN also gives the game a 9.5 and says that the game features a lot of Bethesda’s hallmark strengths, including its trademark dynamic world building that makes open-world exploration so fun. Like Polygon, it also has high praise for the game’s story and characters, which are two areas where Bethesda has traditionally lagged behind RPG developers Bioware and CD Projekt Red:

The world, exploration, crafting, atmosphere, and story of Fallout 4 are all key parts of this hugely successful sandbox role-playing game. Great new reasons to obsessively gather and hoard relics of happier times, strong companions, and sympathetic villains driving tough decisions make it an adventure I’ll definitely replay and revisit. Even the technical shakiness that crops up here and there can’t even begin to slow down its momentum.

Gamespot takes issue with the game’s map functionality and inventory management but it says these complaints pale in comparison to what the game gets right. Like the other reviewers, it says the game is filled with agonizing choices that will make you second guess yourself and want to play again just to see what happens if you decide to go a different path. In total, it gives the game a 9 out of 10:

In the grand scheme of things, Fallout 4’s minor issues pale in comparison to its successes. When you put the controller down, you think about the friend you betrayed to benefit another, the shifting tide of an incredible battle, or the moment you opened a drawer and found someone’s discarded effects, making you wonder how they felt before the bombs fell. In moments like these, Fallout 4 can be an intoxicating experience. You’re often forced to sacrifice something–a relationship, a lucrative opportunity, or your health–to make gains elsewhere. And the deeper down the rabbit hole you go, the more you wonder: what if I chose a different path? You second guess yourself, not just because you had other options, but because you aren’t sure if you did the right thing. The fact that your decisions stick with you after walking away from the game is a testament to the great storytelling on hand. Fallout 4 is an argument for substance over style, and an excellent addition to the revered open-world series.

Rock Paper Shotgun really isn’t a fan of the game’s shooting mechanics, which weren’t exactly great in Fallout 3 either. However, it also concludes that the game’s world and story make it very much worth playing:

I lived and breathed Fallout 4 for the vast majority of last week and the fact I was mostly having a damn good time meant I did it willingly. It’s glitchy, a little repetitive and over-familiar, and far too heavy on unconvincing combat, but the improved technology (or the budget) means it’s able to realise the dense, detailed, beautiful decay that Fallout 3 did not, and its dramatically better-presented and performed characters means it’s not shooting itself in the foot in the way Oblivion and Skyrim did. The personality gulf between Bethesda games and BioWare games feels a whole lot narrower now. I won’t for one second pretend that it’s what devotees of Fallout 1 and 2 want, but it does feel like the game Fallout 3 tried and, to my mind, failed to be.

Vibrant and characterful as well as immense, Fallout 4 is the giant leap forwards Bethesda’s RPGs sorely needed in terms of presentation, though the unrelenting focus on routine, lightweight combat sees it fall just short of triumph status.

PC Gamer gives FO4 an 88 out of 100 and says that it contains a bunch of ridiculous bugs that we’ve come to expect from Bethesda games. That said, it also says the game is a tremendous amount of fun after dozens of hours:

It’s filled with care and attention to detail—like the expanded set of radio stations, or the way flash radiation storms bathe the world in a sickly, ominous green hue. It’s a pleasure to pick through the world, to discover new sights, and to pick through the perks and customisation option to conceive the perfect character build, however bizarre. In short, many of Fallout 4’s problems, like every Bethesda RPG before it, are a consequence of what makes them unforgettable. That might not be the neatest conclusion, but it explains why, 50 hours in, I’m still having fun. It also explains why, now that I’ve finished this review, I’m going to play it for many hours more.

Eurogamer recommends the game but also points out how insanely buggy the game is and in particular says that your companions’ AI might be even dumber than Skyrim companions’ AI, which is really saying something:

I’ve also put up with the inexplicable stupidity of numerous companions, none of whom seem to exhibit any combat awareness whatsoever. They’ll charge into the fray and try to take down a Deathclaw with melee attacks, or use a mini nuke to take out a Bloatfly, killing us both in the process. They’re always the first to go down in a fight, and sometimes vanish right when you need them most. That’s when they’re not lodged in a doorway, preventing you from getting past, or blundering into your line of fire. As in previous games, they’re more useful as walking backpacks than as actual companions.

Honestly, stuff like this is what I love about Bethesda games and adds to their charm… but yeah, using a nuclear missile on a mutated fly is probably not a smart decision.

And finally, Destructoid gives the game a 7.5 out of 10 and says that it’s a lot of fun despite not being the best Fallout game ever made:

After spending roughly 40 hours with the game, I can safely place it somewhere in the middle of Fallout 3 andNew Vegas in terms of quality. A lot of the franchise’s signature problems have carried over directly into Fallout 4, but all of its charms have come along for the ride as well. It manages to do a whole lot right, but the story drags at times, and glitches…glitches never change.

In other words, it sounds a lot like Fallout 3, for better or worse.