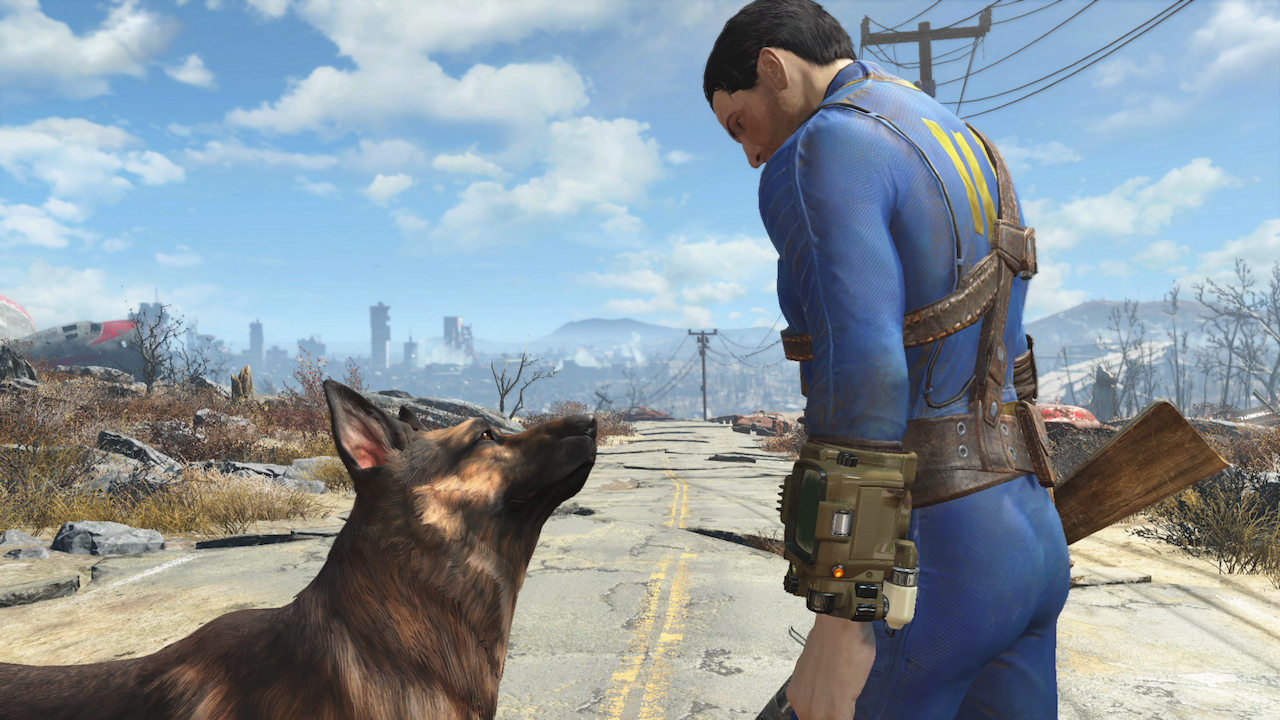 I still remember how insanely excited I was the day Bethesda announced Fallout 4. In fact, I distinctly remember posting the video for the first trailer on several Facebook friends’ walls with the caption, “EEEEEEEEEEEEEE!” After the latest leaks of in-game footage, however, I’m lowering my expectations and am prepared for disappointment.

Here’s what has me concerned about the leaked images and videos I’ve seen: They show a game that is strikingly similar in presentation to Fallout 3. In some ways this isn’t a bad thing since Fallout 3 was a fantastic game… but it was released in 2008. You know, seven years ago.

Just look at this GIF of combat in Fallout 4, for example. Is it really different at all from the last game?

Why is this significant? Because Bethesda always takes a lot of time making its games but those games also show remarkable improvements each time. Just look at the evolution of the Elder Scrolls series from Morrowind in 2002…

You can see the evolution even more strikingly in this video:

Because of this, I was expecting a similar jump forward for Fallout 4, especially since the game took an entire seven years to make. Instead, the leaks I’ve seen have revealed a game that’s definitely upgraded graphically but that isn’t a giant leap from where Fallout 3 was. What’s even more disturbing is some of the character animations in the game I’ve seen look flat-out bad. Like, for instance, this guy:

And then there was a (since removed) leaked video I watched of a player character sprinting from one corner of the game’s map to the other in roughly 11 minutes. What bothered me about the video wasn’t that the in-game map seems small but that the character only found themselves getting attacked by enemies three or four times. The best thing about Bethesda games is that they give you large spaces to explore that also are densely packed with lots of interesting things to do — and this leaked video showed me a lot of empty space.

Another thing that’s concerned me is how few actual previews I’ve seen of the game. I remember that two weeks before Skyrim came out, Bethesda gave dozens of game journalists several hours to just play the game and write up their impressions. This showed an extreme level of confidence in the game and deservedly so since it was a smash-hit title that is still beloved in the gaming community. In contrast, I have not seen any similar hands-on previews yet for Fallout 4 and we won’t learn anything about it from gaming publications until the review embargo officially ends on Monday.

So that’s where I’m at with Fallout 4 right now. I’ll obviously wait until I’ve played it to make a final judgement. I’m sure I’m still going to have a lot of fun with it because it’s Fallout. But a part of me is a little surprised that it looks like Bethesda took seven years to make a game that doesn’t look all that different from Fallout 3 and that seems to have a lot of empty space within its open world.

Here’s hoping I’m wrong and I thankfully won’t have to wait much longer to find out since the game comes out next week. In the meantime, I will just watch this trailer over and over again and hope the game can really deliver on its incredible promise…