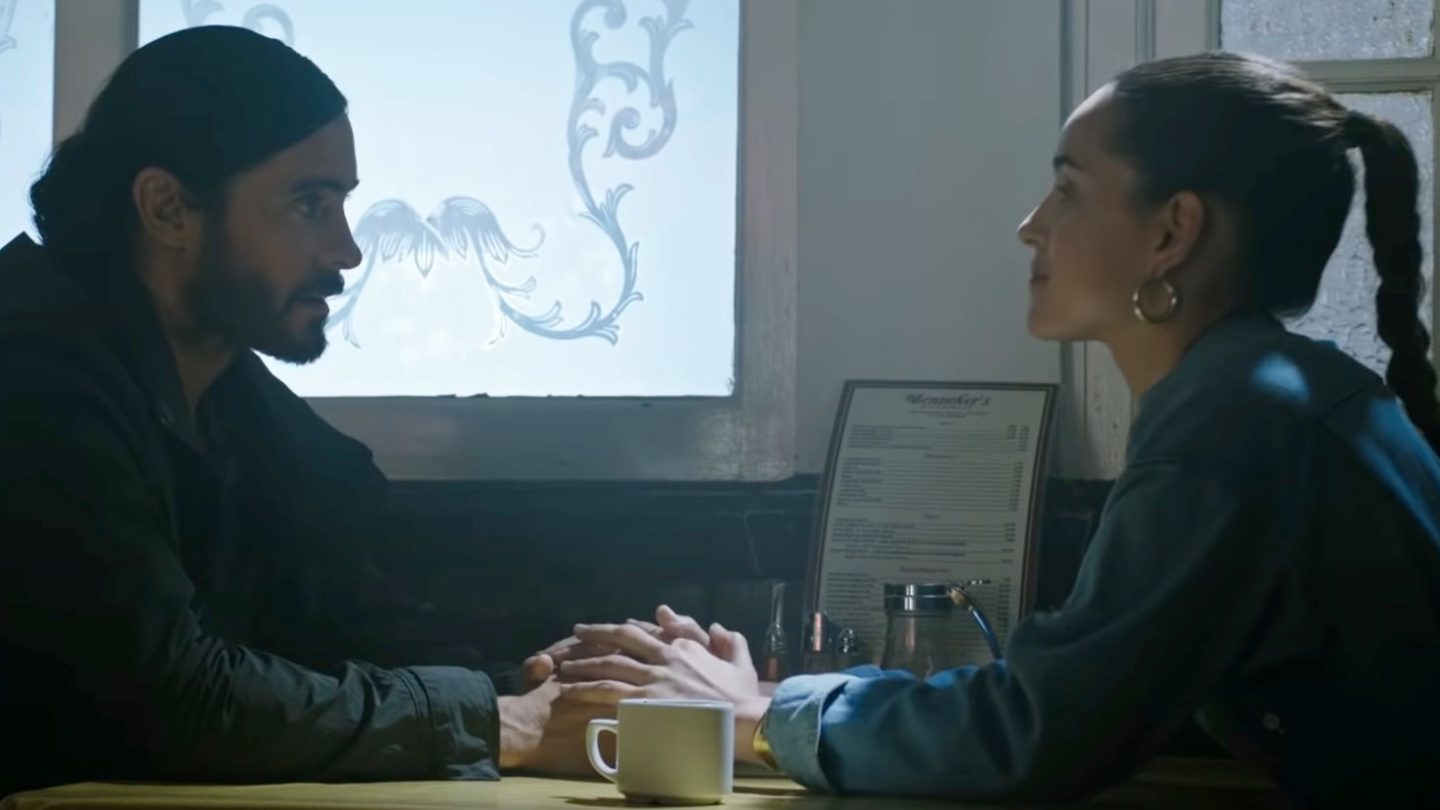 Morbius is the next Marvel story to hit theaters, but it’s not an MCU adventure. Instead, this is another installment of the SSU, Sony’s own universe of stories that relate to Spider-Man. The film is out on April 1st, but Sony is dying to link the film to Tom Holland’s Spider-Man and to Venom. Weaving stories like that together is what turned the MCU Into one of the most exciting cinematic experiences out there. It’s how world-building works, and that’s what Sony is trying so hard to accomplish.

But the leaked Morbius post-credits scenes imply that Sony doesn’t care that much about potential plot spoilers that can ruin its nascent SSU. We’ve already looked at the post-credits scenes, and now we have more information about the connections between Morbius, Venom, and the MCU Spider-Man movies.

Before we can explain, you should know that massive spoilers follow below.

The Morbius post-credits scenes leaked from France, where the film already premiered. As I’ve explained, they’re incredibly strange and seem to defy logic.

For some reason, Michael Keaton’s Vulture moves to the Morbius universe when Doctor Strange (Benedict Cumberbatch) performs that final spell in No Way Home. It’s the spell that brought Venom (Tom Hardy) back to his own timeline while leaving a part of the symbiote in the MCU.

If that’s not enough to trigger your plot hole Spidey sense, you should also know that Adrian Toomes will behave incredibly strange in that reality. He’ll want revenge against Spider-Man, and he’ll recruit Morbius (Jared Leto) to help.

Is Venom in the same universe as Morbius?

Before the post-credits leak, we heard from a leaker that Morbius is part of a separate universe. That’s not necessarily surprising for the SSU. So far, we have three realities where Spider-Man exists: Tobey Maguire’s timeline, Andrew Garfield’s timeline, and Tom Holland’s timeline, which is part of the MCU.

Therefore, Sony might choose to present various worlds in the SSU. In time, this could lead to some sort of epic No Way Home sequel where multiple Spider-Man variants might face off against the Sinister Six.

But the Morbius director said in an interview that Morbius and Venom actually coexist in the same reality. We did have a Venom Easter egg in the Morbius trailers, so that certainly makes sense.

The news comes directly from Morbius director Daniel Espinosa. He told CinemaBlend that this is the case. In other words, the mystery was just solved and it comes straight from the horse’s mouth.

Moreover, the director also said there’s a Spider-Man version in this universe, though he didn’t say which one. He teased that the audiences might discover it very soon.

In addition to tackling the Venom and Spider-Man connections, the Morbius director also addressed Vulture. He confirmed that the villain moves from the MCU to this universe at the end of No Way Home.

The way Espinosa explains it makes it seem like anyone can move between Spider-Man universes. But that’s absolutely not the case. And it can turn into a big plot hole, considering the particularity of Strange’s spell in the MCU.

It’s unclear why the spell backfired and took Toomes from the MCU to this Venom-and-Morbius universe. And, while we’re at it, we have no idea why Toomes is so keen on revenge.

The director also confirmed that Vulture is recruiting teammates for what could be a Sinister Six movie.