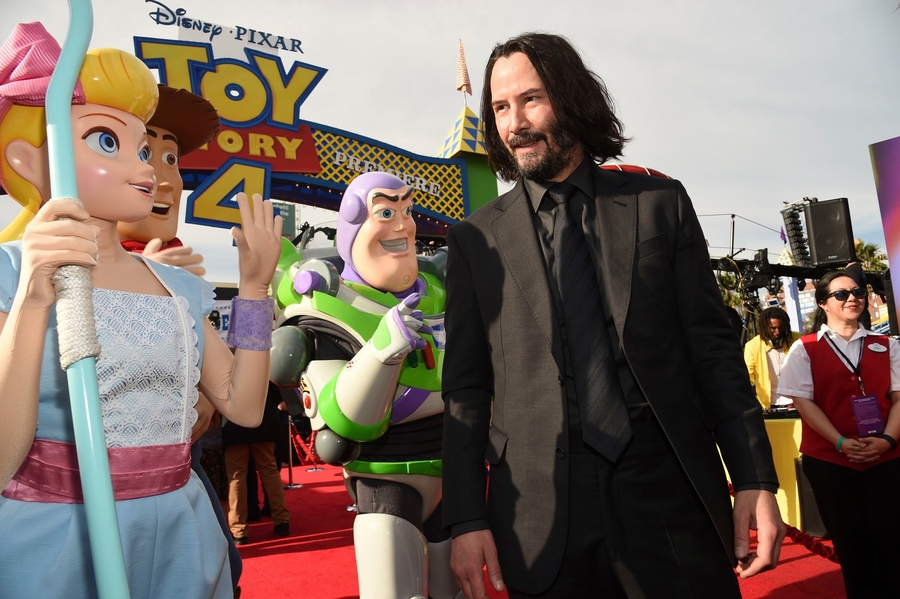 At one point when Toy Story 4 director Josh Cooley and the producers were in the middle of a blind audio test, going through recordings of Canadian actors reading lines for the next installment of the beloved franchise, they yelled out for the recordings to stop. “Wait, stop! Who is that?” That was their outburst after hearing one particular actor deliver his lines, though they didn’t know at first who the voice belonged to.

Turns out, it was Keanu Reeves, of all people, and as soon as the filmmakers heard him reading lines they knew they wanted him in the new Toy Story film, which arrives in theaters on June 21. Cooley recounted that blind line reading process during the movie’s Hollywood premiere in recent days at Los Angeles’ El Capitan theater, per a rundown of those comments from The Hollywood Reporter.

Once it became clear the filmmakers wanted him to participate, the THR account continues, Reeves met with the gang at Pixar’s Emeryville, California campus. “He was like, ‘What is this guy about?’ producer Mark Nielsen remembers Keanu asking. “‘What is he afraid of?’ He really wanted to dig deep into this character.”

During a lunch with everyone, that’s when Reeves got the idea for his character Duke Caboom’s constant flamboyant posing. “He climbed on a table,” according to Nielsen, “and was striking poses in the middle of the atrium and we thought, that is Duke Caboom!”

Toy Story 4 definitely looks to continue Keanu’s moment in the limelight lately, thanks in part to his turn in the well-received John Wick: Chapter 3 – Parabellum as well as his hilarious cameo in the Ali Wong-led Netflix movie Always Be My Maybe. In the new Toy Story film, he plays “Canada’s greatest stuntman” and practically steals the show, according to many viewers who got an early look at the movie.

If you want to watch him hilariously voice his lines as Duke Caboom, fast forward in the clip below to the 8-minute, 12-second mark: