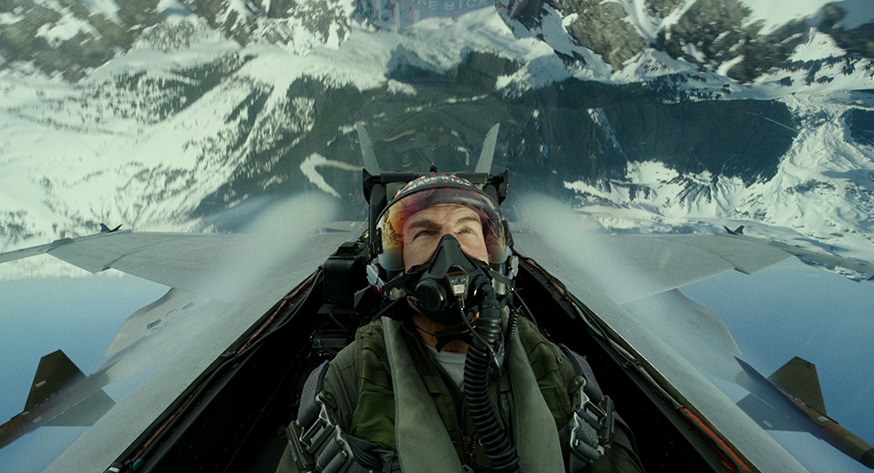 Based on early box office returns, Top Gun: Maverick was worth the 36-year wait.

According to Variety, Paramount expects the movie to rack up $151 million through Monday, falling just short of the Memorial Day record set by Pirates of the Caribbean: At World’s End in 2017. Worldwide, the movie is set to top $260 million this holiday weekend.

Top Gun 2 is now on track to be one of the biggest movies of 2022. But after its expectation-shattering weekend, it’s also the best box office debut of Tom Cruise’s fabled career. War of the Worlds, which opened to $65 million in 2005, had stood as Cruise’s best opening for over 15 years. Only Mission: Impossible – Fallout, with a $61 million opening weekend in 2018, had ever come close to topping that mark before Top Gun: Maverick.

As Variety notes, audiences over 35 years old represent 55% of the tickets sold. Considering that a majority of moviegoers who saw the original Top Gun in theaters are now over 50, this is not especially surprising. But it is notable that this demographic is returning to theaters in droves after keeping their distance throughout the pandemic.

Rich Gelfond, CEO of IMAX, shared his thoughts in the following statement:

If you thought movies were dead, go see Top Gun: Maverick and then let me know what you think. This film heralds the return of the summer blockbuster, and is a catalyst that will accelerate demand for moviegoing like an F-18 breaking the sound barrier. There’s no way you sit in a theatre, with a huge screen and chest-pounding speakers, and come away thinking there’s any other way you want to experience Top Gun: Maverick, and our hats are off to Tom Cruise, Joe Kosinski, and their fearless creative team for what they’ve accomplished.

Variety also points out that this is the latest success in a stellar streak for Paramount.

The studio has had five movies debut in first place at the US box office already this year. That includes Sonic the Hedgehog 2, The Lost City, Scream, and Jackass Forever. Top Gun 2 is the fifth. Most impressively, none of these movies feature any superheroes.

Giving Marvel a run for its money

Between the pandemic and Marvel’s total domination of the box office, Paramount wanted to keep expectations in check. Needless to say, the movie has blown past any expectations, and could still overperform on Monday to break more records.

Tom Cruise has become the defender of the movie theater in recent years, punctuated by his expletive-laden rant during the production of Mission Impossible – Dead Reckoning: Part One in 2021. His gambit clearly paid off, as Top Gun: Maverick is not just a huge financial success, but a critical one as well. At the time of writing, Top Gun 2 has a 96% on Rotten Tomatoes. It also garnered a rare A+ CinemaScore — the first of 2022.

Most importantly, the latest Tom Cruise blockbuster proves that you don’t need superheroes to succeed at the box office. Of course, it helps to have one of the biggest movie stars of the century in the lead role. But it’s still an impressive feat in 2022.