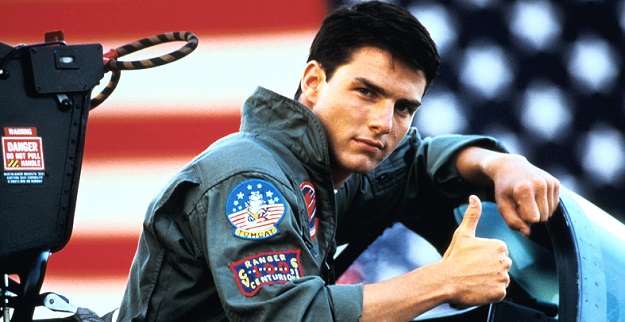 Top Gun is without question one of the more iconic movies to have been released in the 1980s. And now, nearly 30 years later, it looks as if there’s going to be a sequel.

These days, it’s not uncommon to see movie sequels and reboots with entirely new casts. Thankfully, Top Gun 2 will not go down this route as Tom Cruise is all but confirmed to reprise the role of Maverick.

Producer David Ellison, as relayed by Collider, recently spoke on the topic during a press conference in Berlin.

[I] love aviation, and Top Gun definitely fits into the seminal movie of my childhood, and as a pilot, that is really the movie. Justin Marks is writing the screenplay right now. He has a phenomenal take to really update that world for what fighter pilots in the Navy has turned into today. There is an amazing role for Maverick in the movie and there is no Top Gun without Maverick, and it is going to be Maverick playing Maverick. It is I don’t think what people are going to expect, and we are very, very hopeful that we get to make the movie very soon. But like all things, it all comes down to the script, and Justin is writing as we speak.

Also interesting is that the script will incorporate “real use of time” from the first movie to the sequel, which is to say the story will pick up a literal 30 years or so from when we last saw Maverick take flight.

The script isn’t completed just yet, but Ellison made a point of noting that the film will likely be available in both 3-D and in IMAX. As for a plot, Ellison notes that the world of dogfighting today is markedly different from what it was in the 80s. As a result, expect the sequel to cover more current terrain.

“It is very much a world we live in today where it’s drone technology and fifth generation fighters are really what the United States Navy is calling the last man-made fighter that we’re actually going to produce,” Ellison explained.  “So it’s really exploring the end of an era of dogfighting and fighter pilots and what that culture is today are all fun things that we’re gonna get to dive into in this movie.”